Plan of new stadium in Subotica presented – Construction of 8,802-seater to begin next year 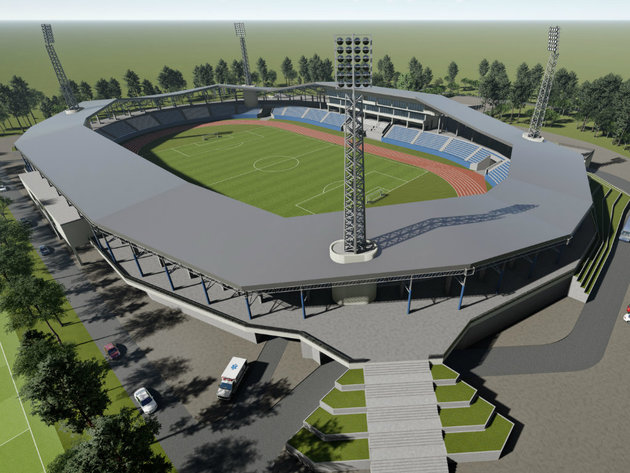 (Photo: DBA, ProIng, North Inženjering)
Subotica is one of the towns, along with Zajecar, Loznica, Kraljevo, Leskovac and Vranje, to get a new stadium.

The project of the reconstruction of the City stadium in Subotica was prepared by the consortium of DBA Novi Sad, ProIng Novi Sad and North Inzenjering Subotica, which agreed the preparation of the project with the UNDP.

The floor area of the stadium, both its aboveground and underground parts, will be 47,282 m2.

– With the realization of the construction of this kind of a stadium, of Category 4 under the UEFA regulations, the male and the female Spartak football clubs could play matches within international club tournaments here. The aim is certainly to avoid the problems from the previous season, when FC Spartak had to play its matches in Novi Sad or Belgrade, including the key match with the Danish Brondby IF, played at the empty Red Star Belgrade stadium – DBA says for eKapija.

The issuing of the building permit is expected in late October, and the works should begin in early 2020, after the tendering procedure for the selection of the contractor is completed.

– If the deadlines are met, and the construction of a stadium requires around 20 months, the stadiums should be ready and operational by the end of 2021 – the director of the Office for Public Investment Management, Marko Blagojevic, said recently.

Let us remind that, in addition to the construction of new stadiums, investments will be made in the stadiums in Kragujevac, Novi Sad and Nis, where the existing capacities will be reconstructed.