Prolom Banja has its own sea – Up to 90,000 guests each year, accommodation capacities too small for all tourists 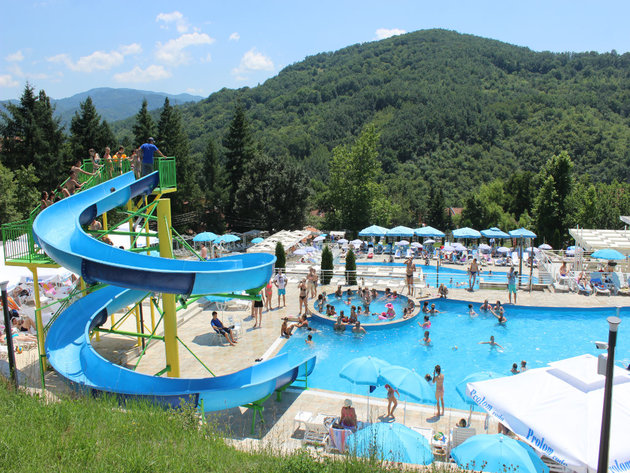 (Photo: Planinka)
Prolom Banja is one of the rare Serbian spas visited by guests from every corner of the world and whose accommodation capacities are regularly filled out during the season. The Special Rehabilitation Hospital Prolom Banja was formed in 2009 as a daughter company of Planinka, which recently also bought Kursumlijska Banja.

– In the past few years, there’s been an apparent trend of an increase in the number of both local and foreign guests. Numerous features, adapted to guests of all ages, have contributed to this. Year after year, the number of guests has been increasing. In 2018, the total number of overnight stays amounted to 90,000, an all time high for this spa – Marko Gasic, the marketing manager of Prolom Banja, says for eKapija.

Of the total number of guests, around 20% are foreigners. Most foreign guests come from Macedonia, Bosnia and Herzegovina, Montenegro, Bulgaria, Russia, and potential guests from other countries are also becoming increasingly interested in Prolom Banja.

– As for the older population, people who come to Prolom Banja for treatment, our service includes quality treatment, modern diagnostics, comfortable accommodation, good food, kind staff and cultural-recreational features. Furthermore, therapies are available daily, including weekends and holidays, and our medical doctors take care of the guests 24 hours a day – Gasic says.

On the other hand, if guests are here for recreation and resting, there’s a wellness center which takes up more than 2,000 m2 on three tiers, with numerous relaxation features: and indoor-outdoor pool, saunas, the Prolom Sea – a pool filled with the unique Prolom water and sea salt, steam baths, a Kneipp track, salt rooms, a gym, a fitness facility, an entertainment room, cosmetics treatments, wellness massages...

Prolom Banja has traditionally attracted tourists for its Prolom water, which is used in the entire complex (medical and wellness center, pools etc.).

The Special Rehabilitation Hospital Prolom Banja has a capacity of 380 beds. In the summer months, the management says, the available accommodation capacity is insufficient.

– We are constantly working on increasing the quality of the service and raising it to a new level. Each year, we provide our guests with new features within our tourism offer – Gasic says.

Let us remind that the management of Planinka has already visited the recently bought Kursumlijska Banja and that it is already making investment plans.

– According to the initial estimates made by the management, investments of over EUR 10 million are needed for Kursumlijska Banja to start working again – they said in Planinka Kursumlija.