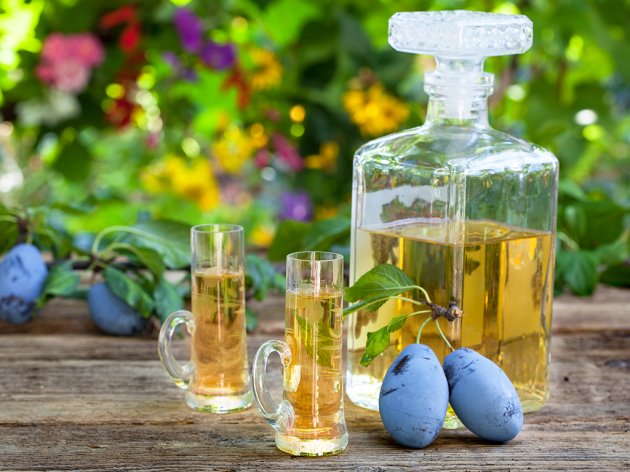 (Photo: nada54/shutterstock)
“Sumadijska Sljivovica” (“Sumadija Plum Brandy”) is the geographical designation of origin given in early August to the Sumadijska Rakija Association of Brandy Manufacturers after a two-year certification process, it was said last Wednesday at the promotion of the certificate in Belgrade.

The Association features 19 registered producers from the Sumadija Distric, which have managed to get the geographical indication with the help of towns and municipalities, but also a donation from the Swiss organization SDC.

The production of “Sumadijska Sljivovica” began weeks ago, but as it needs to age for at least 18 months in line with the certificate, it will become available on the market in 2021.

The president of the Association, Goran Mijailovic, pointed out that this was the first decision on the recognition of the geographical indication under the new law, harmonized with the EU regulations.

– “Sumadijska Sljivovica” is a single plum brandy and east distillery produces one type of plum brandy now. To us, it is important that the export of the plum brandy will be made easier thanks to the certificate, as products with the geographical indication are not subject to customs barriers or quotas in the EU – Mijailovic said and added that those products were also more expensive in Europe.

As he explained, all consumers will know that the brandy was made after a certain formula and that it is of a certain quality, as the production is controlled by the Accreditation Authority of Serbia through the Jugoinspekt laboratory.

The director of the Regional Agency for the economic development of Sumadija and Pomoravlje, Nenad Popovic, says that the geographical indication should be a serious step forward in the positioning of Sumadija plum brandy on the national, the regional and the global market.

– In order to go further, we need serious support, the kind which can be provided only by the state, in the sense of adequate funds which would help our producers which already produce at registered distilleries, as well as those that are considering it – Popovic said.

He added that the fact that only 25% of plum brandy is produced at registered distilleries was a serious limitation when it comes to market penetration.

The head of the Sumadija District, Biljana Ilic Stosic, said during the promotion of the certificate that she was sure that the best plum brandy in the world comes from Sumadija.

– I personally believe that this is the most remarkable product from Sumadija and that it will now be able to stand out from serial products of a similar kind on the merciless market. We will make a brand – she said and added that this gave a special worth to “Sumadijska Sljivovica”.

Plum brandy producers expect this geographical indication to also help the development of tourism. As this type of brandy is made of plums from Sumadija exclusively, they believe that the certification will also enable the further development of fruit growing and that it will contribute to an increase in the planting of the native variety “Crvena Ranka”.