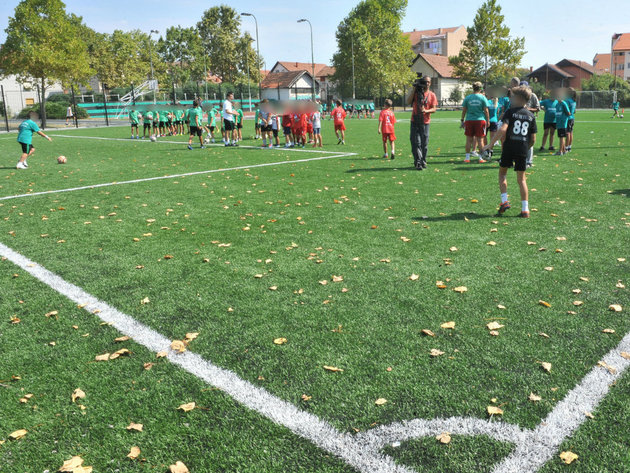 (Photo: Beoinfo)
Lazarevac will be another town to get a modern stadium, as announced by the deputy mayor of Belgrade, Goran Vesic, during his visit to the FC Kolubara football field with artificial grass, located in the eponymous sports center.

– The field we are standing on was financed by the City of Belgrade with RSD 10.5 million. Great Serbian football players used to play here, from Zarko Djurovic and Nedeljko Milosavljevic, to Nemanja Matic, Marko Grujic... You can also see the new floodlights which have been installed, and over there is the field financed by the Football Association of Serbia. Funds have been set aside from the capital budget of the City of Belgrade that will be put into new stands and a canopy, so as to provide the spectators with maximum comfort – Vesic said, as reported by Beoinfo.

He added that there would be room for around 3,500 spectators and that Lazarevac would get a modern stadium.