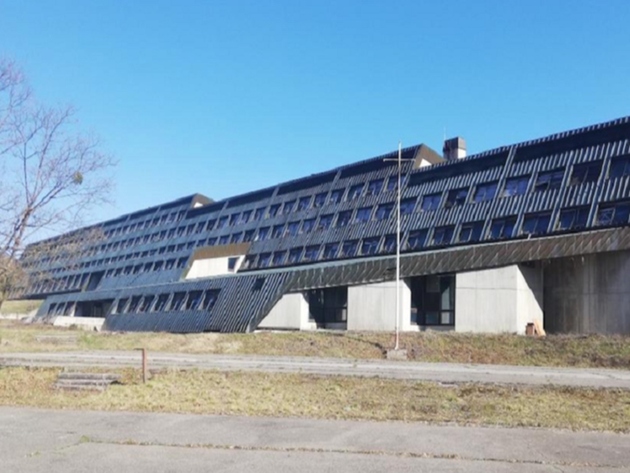 (Photo: imovina.gov.hr)
This June, a Chinese investor bought Hotel Zagorje, the former Political School Josip Broz Tito in Kumrovec for EUR 1.9 million. They are looking to turn it into a four-star hotel and congress center.

The Chinese company Zhongya Real Estate plans to start construction works on a tourist project in Croatia worth HRK 200 million (around EUR 27 million) in 2020, said Jiang Yu, the company's founder.

– We plan to build a hotel which we will transform into a congress center and combine with health tourism facilities – Yu told the Croatian magazine Lider.

She said that the construction works on the planned four-star hotel could begin next year, after the feasibility study is completed, which should happen by the end of this year.

Let us remind that, this June, the Croatian government approved the sale of Hotel Zagorje in Kumrovec to the Chinese investor for EUR 1.9 million, biznisinfo.ba reports.

The building has four floors and nearly 6,000 m2 and a 20,000-m2 yard. It used to be the political school for the League of Communists of Yugoslavia. The facility, which was completed in 1981 and which had accommodation capacities, teaching rooms, a restaurant, a pool and a wellness facility, was meant for the education of promising party members. The building has been out of use for years and has not been maintained.

Room for Broz too

The local authorities in Kumrovec announced earlier that the investment would make the development of this part of Zagorje more dynamic, and the offer, as announced by the Chinese investor, will also feature the most famous person born in Kumrovec – Josip Broz Tito, who personally supported the founding of this political school as the central education institution for the League of Communists of Yugoslavia.
Tags:
Zhongya Real Estate
Hotel Zagorje Kumrovec
former political school Josip Broz Tito
construction of congress center Kumrovec
Share: