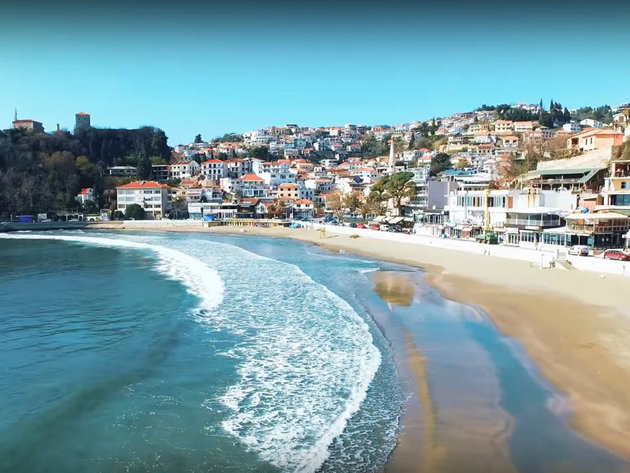 Ulcinj (Photo: YouTube/screenshot)
Investors interested in the Mavrijan Luxury Resorts project, within which a marina, three luxury hotels and 105 villas, with a total of around 5,000 beds, will be built on an area of around 63 hectares, have started arriving to Ulcinj.

Investors from Qatar and Egypt have shown an interest in this project, and, as previously announced by the mayor of Ulcinj, Ljoro Nrekic, the value of the investment would be between 600 million and one billion euros, Investitor.me reports.

The mayor said that the municipality would ask the Ministry of Finance for approval to sell its part of the land, which is estimated at around EUR 20 million.

According to Aleksandar Dabanovic, the head city architect, the so-called Uvala udovica should feature a marina with 147 berths and a wide promenade, a heliport and a restaurant with a lookout, as well as access for amphibious aircraft and seaplanes. He added that the occupancy rate was 14%, that the site ratio was 42% and that green areas covered 82% of the surface.

The rest will consist of, among other things, 100 exclusive accommodation units for people visiting the hotel primarily for gambling, which will reach the marina via two separated panoramic lifts and the heliport on the hotels' roof, whereby their privacy is guaranteed.

The villas, of which there will be 105, with an area of around 350 m2, are meant to accommodate one family each, featuring all the necessary exterior and interior amenities, including parking lots and pools.