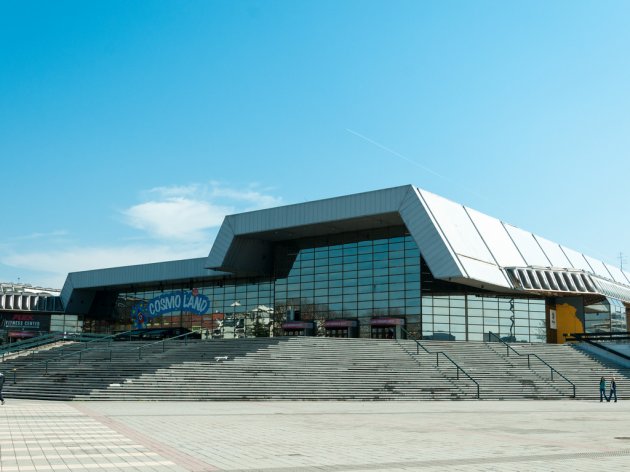 (Photo: Srdjan Randjelovic/Shutterstock)
A study is being prepared that should ascertain whether energy efficiency and SPENS reconstruction issue should be solved with the combination of financial support and public-private partnership or through a financial arrangement with a financial organization, said the Mayor of Novi Sad Milos Vucevic.

– I hope that we will get the analysis by October. The works would start with the new thermal insulation layer around SPENS building, then we would replace the stairwell and the roof and after that we would begin work on air conditioning and heating systems in the sports halls, pools and public spaces.

Vucevic said that they would not change the look of the SPENS building.

– I had a conversation with the Minister of Education Mladen Sarcevic recently and suggested that a Center for high technology, artificial intelligence and information technology should be founded in Novi Sad and that SPENS would be just the place for it, he said.

As Vucicevic said, assign a part of SPENS for such a purpose would be extremely significant for Novi Sad because had capacities for a center like that and SPENS was an interesting location since it was close to the University and the Science-Technology park.
Companies:
Grad Novi Sad
Ministarstvo prosvete, nauke i tehnološkog razvoja Republike Srbije
Tags:
Milos Vucevic
Mladen Sarcevic
SPENS
SPENS reconstruction
Center for high technology
artificial intelligence
information technology
facade
energy efficiency
stairwell
roof
air conditioning
heating
pool
Share: