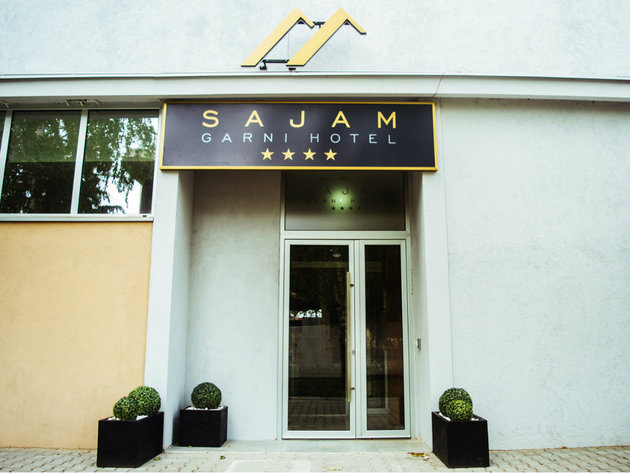 (Photo: Sajam Grani Hotel)
Sajam Garni Hotel in Leskovac opened its doors for guests on Monday, August 19. The hotel is located in the city centre next to the future Shopping Center Sajam, built in the place of the former city symbol, the popular Sajkaca.

– New facility pertaining to the hotel was built within the existing building next to the shopping mall Sajam which is under construction. The works lasted for eight months, Metla Komerc told eKapija.

They said that Sajam Garni is a four-star hotel based on t he bed and breakfast model. It has six one-bed room, three studio apartments with a kitchen and a double bed and four three-bed rooms. All hotel guests can use the parking lot. Also, the guest will be able to go sightseeing in Leskovac by bike, since free bikes are provided by the hotel.

The total value of the project is EUR 250,000. Sajam d.o.o , a subsidiary of Metla Komerc financed the project.

Project design was done by Jankovic Interior from Nis while the domestic companies from Leskovac carries out construction and furnishing works, Metla Komerc told eKapija.

– We are also building Sajam Shopping Center which will cover the are of 5,500m2 and which we already proudly call “the new town centre”. The complex will give breathe new life into Leskovac. Several domestic and foreign brands already confirmed their intent to rent space in the shopping mall, Melta Komerc told eKapija.