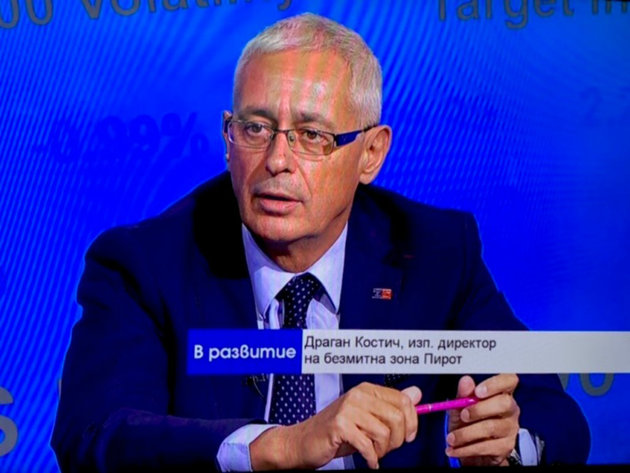 he Executive Director of the Free Zone Pirot , Dragan Kostic, was a guest on worldwide Bloomberg TV channel in Sofia. This medium has approximately 200 offices across the globe and is one of the largest economic analysis consulting firms in the world.

The occasion for Kostic's guest appearance was Serbia's first place on the Financial Times' fDi intelligence list, when it comes to Greenfield FDI Performance Index 2019 and the importance of Serbia's free zones for achieving this success.

Serbia was ranked first in the list of the Greenfield FDI Performance Index 2019 in the study conducted by fDi Intelligence, the Financial Times data department. A total of 54% of foreign direct investment were invested in: automotive components, food and tobacco, textiles and real estate.

At the same time, the Financial Times' fDi magazine highly ranked Free Zone Pirot six times in a row, and in 2018 it was declared the best in Europe and the third in the world thanks to the benefits it provides to investors, favorable locations, direct links to the Corridor Xc highway and improvement of communication infrastructure.