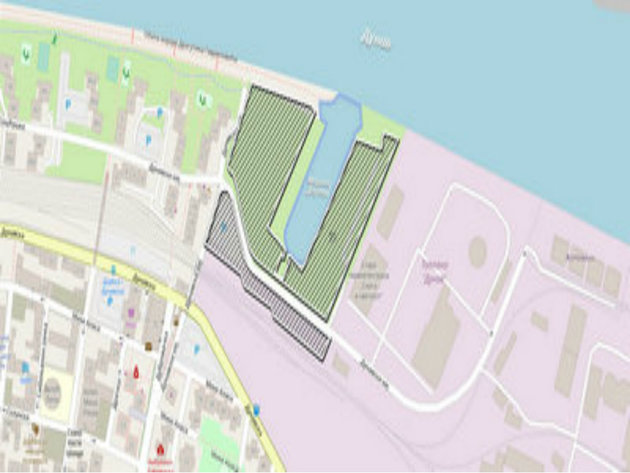 (Photo: Beograd.rs)
The Directorate for Building Land and Construction of Belgrade has published an ad for the sale of construction land located at Marina Dorcol.

The initial price of the property at the public bidding will be RSD 3.8 billion which is the estimated market value of the land covering the area of 4ha. Aside from the price reached at the public bidding, the future investor will have to pay the building land development fee will into the city budget which will be calculated for all future buildings there.

According to the detailed regulation plan, the land in question is located in the commercial activity and residential zone and in addition to the buildings, development of public green spaces with tree lines is also required.

Applications for the public bidding are submitted until September 12, 2019.

The Directorate has terminated the contract with the previous lessor of one the most expensive locations in Belgrade two years ago.

Let us remind that the land was given on lease in 2006 for the purpose of commercial and residential buildings construction including a sports facility, accompanying motorways as well as pedestrian and green areas.