Belgrade to ban use of plastic bags from 2020 – What will happen to manufacturers? 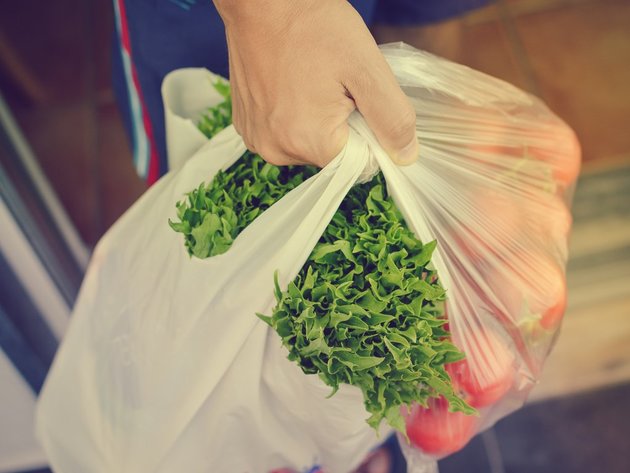 (Photo: GLRL/shutterstock.com)
The City of Belgrade will ban the use of plastic bags on January 1, 2020. The decision on the ban will be adopted by the end of August at a Belgrade City Assembly session , the Deputy Mayor of Belgrade, Goran Vesic, announced today.

Vesic said that after adoption of the Bill on amendments to the Law on the capital city, Belgrade now has the jurisdiction to decide on the subject independently. He added that now conditions exist for banning the use of plastic bags and pointed out that Belgrade would be among some of the first European cities to adopt that decision and that we should be proud of that, Beoinfo portal writes.

– Over a year ago after the meeting with retail chains owners I announced that from 2020 retail stores would no longer be permitted to sell plastic bags. In the meantime the use of plastic bags plunged 60% in Belgrade since retail chains have started charging them, Vesic wrote on his Facebook profile

He cited the example of New York City Mayor, Andrew Cuomo who signed a law on March 25 which will prohibit use of plastic bags in that state starting March 2020, whereas recently Federal Environmental Minister Svenja Schulze announced that the Federal Republic of Germany would adopt the same decision soon.

– European Union will ban certain single-use plastic products such as straws, forks and knives from 2021 while longer deadlines will apply to other plastic products, wrote Vesic.

The Minister of Environmental Protection, Goran Trivan, greeted this decision calling for local government to follow in Belgrade's footsteps. On the other hand, Serbian Chamber of Commerce said that these measures would impact the 150 companies in plastic manufacturing.

– I fully support City of Belgrade's decision and invite other local governments to tackle the issue seriously and effectively the way Belgrade does, Trivan told Tanjug. He reminded that chain stores accepting to charge the plastic bags reduced their consumption by 80%.

He said that Belgrade's decision would very soon prove to be a prime example how effective measure for environmental protection can be adopted swiftly and without much trouble. He added that this was the result of the collaboration with the Ministry of Environmental Protection which, through the Law on capital city, gave Belgrade a chance to implement this decision.

The secretary of the Association for the Chemical, Rubber and Non-metal Industry of the Chamber of Commerce of Serbia., Dragan Stevanovic said that there are around 150 plastic bag manufactures in Serbia employing around 2000 workers.

He assessed that the ban on plastic bags in the biggest market in Belgrade, will certainly affect the drop in production and reflect on their operations.

– Plastic bag output dropped by 39.7% compared to the previous year because of the planned course of action but also because big stores now have to charge plastic bags, Stevanovic said.

He added that companies that produce plastic bags have no alternatives and that they would cease production if plastic bags are banned everywhere. The only way for them to keep going is exporting to EU since EU regulations didn't prohibit the use of plastic bags they just limit it.

– EU have limited the use of certain plastic bags, namely those with a wall thickness between 15 and 50 microns so that there was no limit on the very lightweight plastic bags as well as the thicker reusable plastic bags, Stevanovic said and added that more than 80% of our manufacturers already exports the bags to EU.