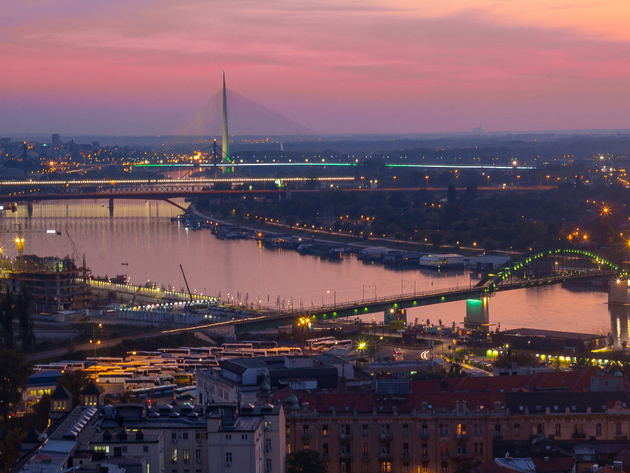 Belgrade (Photo: shutterstock/TinnitusDoll1)
The nominations for the best locations for making movies, TV series and ads given by the Location Managers Guild International (LMGI) have been announced officially. Serbia is on the list for the first time thanks to the ad “Organic Food for All” for the German brand Penny, filmed in the heart of Belgrade, which can be see at this link.

The impressive footage of Terazije, Uzun Mirkova Street, the Old Sava Bridge and rooftops in New Belgrade blocks is the work of the Belgrade-based production house Emote and a local team of another 700 crew members, extras and logisticians who took part in the realization of the most ambitious ad filmed in Serbia last year, the Tourism Organization of Serbia says on its website.

– In making advertisements, you don't often consider awards of this kind, as it is most frequently not the end-goal in this type of production. That's why the Emote production is very glad to be a part of this group and that it's been given the honor of competing with the largest world productions, attending the ceremony together with the likes of HBO and Netflix. Penny was an important project for us and our whole industry, as well as for putting Belgrade on the map of the most desirable destinations for filming various projects, both ads and movies. The very fact that we've received a nomination of this kind should be an incentive for us to foster the possibilities offered by Serbia and try to create even better conditions together, even more jobs for our talented young people and to make more memorable moving pictures. We thank the German production Tony Petersen Film for their excellent cooperation and the Serbian Film Association for inciting us to apply. We have our fingers crossed for September 21! – said Bogdan Petkovic, the executive producer of the nominated project.