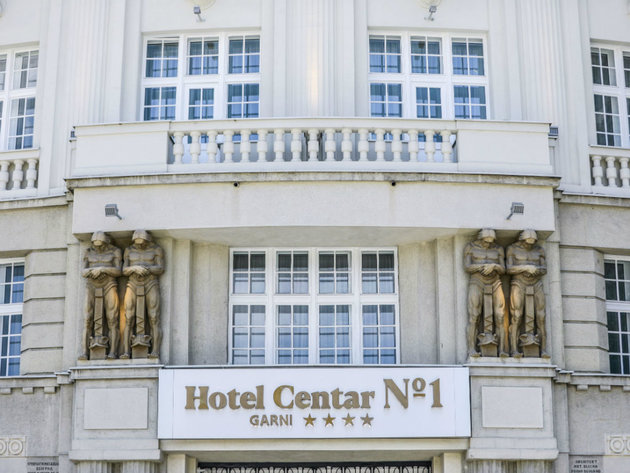 (Photo: IM Matijević)
The garni hotel Centar No 1, located in Kolarceva Street in Belgrade, in the former Jugoeksport building, will welcome its first guests on Friday, July 26. The official opening is scheduled for early September and should take place simultaneously with the official opening of the Republic Square.

One of the most beautiful buildings in Belgrade, built back in 1923 and designed by the most famous Czech architect of that era, Matija Bleh, it used to be a branch office of Jugoslovenska Banka before the Second World War and then became property of Jugoeksport in 1947. After purchasing the building in 2016, IM Matijevic reconstructed this representative building, built in the academic architectural style, through an investment of nearly EUR 15 million, and turned it into a luxury 4-star hotel. As a piece of cultural heritage of Belgrade, the facade was not changed during the reconstruction.