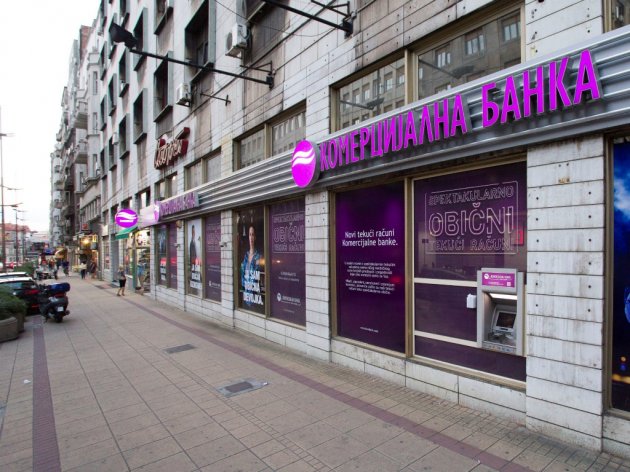 The International Monetary Fund expects the privatization of Komercijalna Banka to be carried out through transparent bidding and for the call for the collection of non-binding bids to open soon, says the head of the IMF office in Serbia, Sebastian Sosa.

Sosa said at a press conference at the National Bank of Serbia that various investors were interested in Komercijalna Banka, whose privatization, as he estimated, was a crucial element of the reform of the Serbian financial system.

– We are convinced that the process would continue being carried out transparently. At this stage, potential investors are carrying out analyses and have signed agreements on not publishing information – he said.

He emphasized that, in all countries, the IMF demanded that privatization processes be carried out through transparent bidding.

Sosa also reminded that Serbia had recently been removed from the black list of the Financial Action Task Force on Money Laundering (FATF), and when asked by the press whether there had been negative consequences for Serbia, which had spent a year and a half on the list, he said that it was hard to give empirical evidence, but that he didn't see any long-term impact on Serbia.

He pointed out that Serbia had not spent a lot of time on the list and that Serbian authorities had started taking measures immediately and that it had allowed for recommendations to be fulfilled, helping Serbia get removed from the list.

– We do not see any long-term impact of this measure. If there had not been corrective measures and if Serbia had stayed on the list longer, the negative effects on investments and economy would definitely be apparent – Sosa concluded.
Companies:
Komercijalna banka a.d. Beograd
Međunarodni monetarni fond - MMF Beograd
Narodna banka Srbije Beograd
Tags:
IMF
NBS
Financial Action Task Force on Money Laundering
FATF
Sebastian Sosa
privatization of Komercijalna Banka
sale of Komercijalna Banka
removing Serbia from FATF black list
Share: