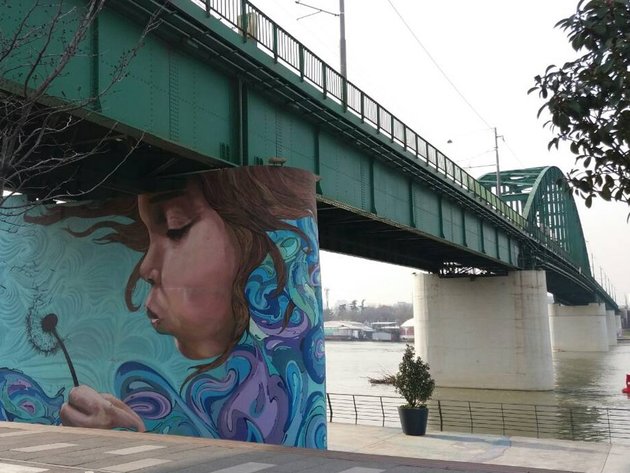 Old Sava Bridge (Photo: Teodora Brnjoš)
The head city urban planner of Belgrade, Marko Stojcic, has announced that the citizens of Belgrade will be able to vote on one of the two plans for the moving of the Old Sava Bridge by the end of August.

The two options are to move the bridge to the area between Block 70 and Ada Ciganlija or to the Usce park, where it would be turned into a cultural site.

– There's an option to move the Old Sava Bridge to the Usce park and for certain illegal facilities which are currently located there to be moved under the bridge itself. Unofficially, the current plan is to have eight outlets fit beneath it – Stojcic told Blic.

As he explained, “there's a green area at the Usce park which is not being used and no one would mind if the bridge were moved there”.

– New plants would be planted there in that case, so as to create the impression that it has always been there – Stojcic adds.
Companies:
Grad Beograd
Tags:
Marko Stojčić
Old Sava Bridge
tram bridge
Ušće park
moving of Old Sava Bridge
cultural facility
survey on projects
bridge as a sculpture
Share: