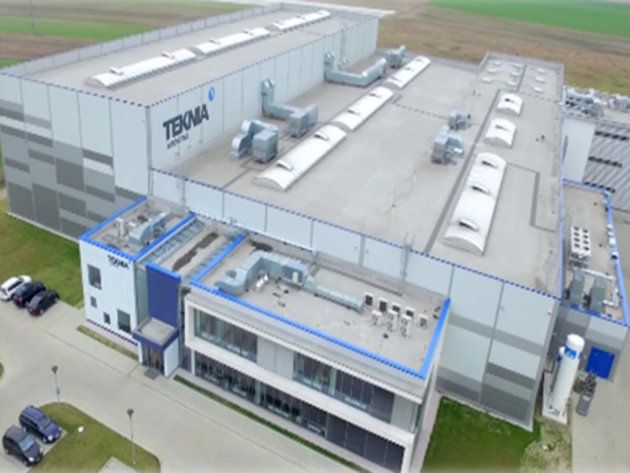 Future look of the factory (Photo: Teknia KG)
The construction of a new factory of the Spanish car component manufacturer Teknia, worth EUR 3 million, began this June in Kragujevac, and the completion of the works is expected in February 2020, Slobodan Radovic, the director of Teknia KG, told eKapija.

According to him, the preparatory works for the construction of the factory are ongoing, and the contractor is Obi Gradnja from Kragujevac.

– The new facility will take up 5,500 m2, of which 4,600 m2 will be the production space, featuring state-of-the-art production technologies. These capacities are double that of the facility where Teknia produces at the moment, at the rented premises of the former Zastava factory “21. oktobar” – Radovic says and adds that the plan is also to further expand the capacities by another 3,500 m2 through the second phase of the construction of this facility.

Teknia, which arrived to Serbia in 2014 after it bought the Kragujevac-based car lift manufacturer Promotor-Irva, has been planning to build its own factory for a long time.

– We negotiated with the city back in 2016 about obtaining the location, but we failed to meet the the state`s requirement for a subsidized provision of space, whereby the investor would need to raise the industrial production by 1%. We gave up eventually and then bought our own location in September 2017 – our interviewee says.

After moving to the new factory, Radovic expects the company`s sales to grow at least 4 to 5 times by 2020 and the production to increase from EUR 5 million this year to EUR 20 million in three years.

He adds that, once the factory is completed, the number of employees will grown from the current 75 workers to around 120.

Teknia KG cooperates with large automotive industry companies such as Fiat, Opel and PSA (Peugeot Citroen Automobiles), and their biggest client is Bosch in Pecinci, for which they produce elements for wiper motors.

– We cooperate with the majority of companies from the automotive industry in Serbia, but also from abroad. Among our clients is Germany`s Eberspacher, for which we produce exhaust systems and through which our products reach Germany, for BMW and Daimler, as well as the USA. For PSA, we export to Slovakia and France, and we also sell products in South Africa for Bosch – our portal`s interviewee emphasizes.

He adds that, after the construction of the new factory was announced, there was an increase in customers` interest in Teknia`s products.

– We are being contacted by interested buyers and we have already agreed cooperation with some of them, including the American Lear and the French Faurecia, and we are also negotiating with the Chinese car component manufacturer Yanfeng, whose factory will be located next to ours here in Kragujevac – Radovic says.

Our interviewee also said that the automotive industry in Serbia was on the rise and that many companies were interested in investing in it, considering that the capacities in this part of Europe are not yet full.