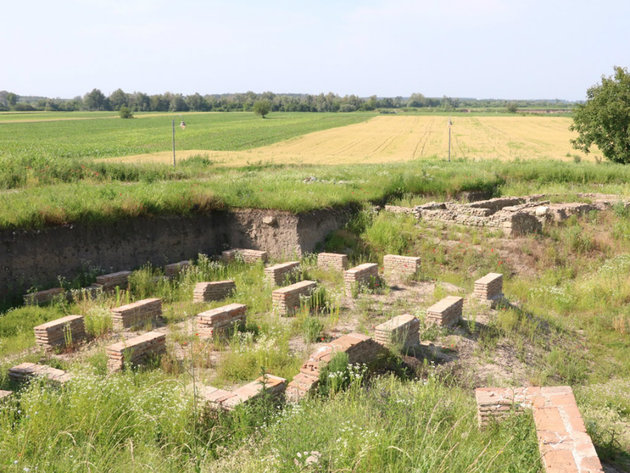 What’s not as well known is that this archaeological pearl also provides one with an opportunity to experience a legionnaire’s life for a day or two. From archaeology to juggling, from archery to pottery, over 30 activities and workshops are available to modern legionnaires.

Right next to the Roman ruins, which cannot be missed, because, as the archaeologists say, wherever you so much as scratch the surface, you will find an item from that period, is the elevated legionnaires’ camp, taking up several hectares. It is modeled after training grounds from the Roman period, especially those testing the everyday physical readiness of the legionnaires.

The adventure park is an elevated gauntlet with wooden columns of 8 to 12 meters. Obstacles and challenges are distributed across three levels and can be overcome using nets, ropes, ladders or an artificial rock. The adventure ends with a zipline ride above the legionnaires’ camp.

The special gauntlet is an ideal place to test one’s strength and resourcefulness, but also the strength of the team spirit. The obstacles are negotiated through jumping, climbing, crawling, passing through mud, water, earth and straw. Its construction involved engineers, historians, sports experts and military specialists, all of whom aimed to recreate the everyday surroundings of a Roman soldier as faithfully as possible.

If you love active vacations, which are entertaining and educational at the same time, Viminacium is the right place for you, as there is no other place in Serbia where you can be a legionnaire, a centurion, an emperor, an athlete, a craftsman and an archaeologist, all in one day.