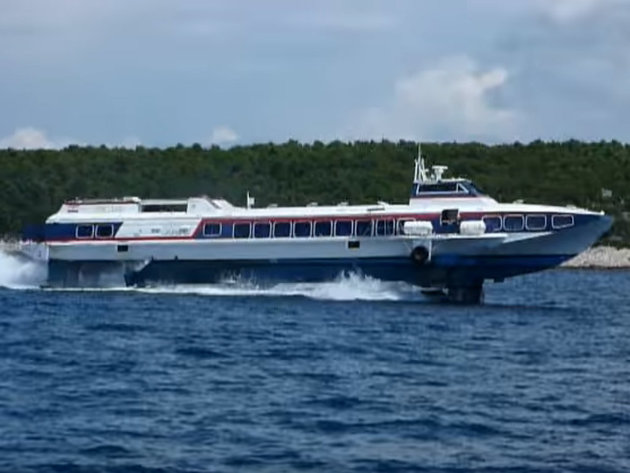 Illustration (Photo: YouTube/screenshot)
Miroslav Cuckovic, the president of the municipality of Obrenovac, has launched an unusual idea about a new means of public transport on the Obrenovac-Belgrade route.

Cuckovic tweeted that the future of public transport on this route was a hydrofoil which would operate a route on the Sava.

The model used would be the Russian “Komet” for over a hundred people, and citizens of Obrenovac would be able to reach Serbia's capital in half an hour this way, in theory.

– The future of public transport on the Obrenovac-Belgrade route is in river transport. The “Komet” model has appeared in the market, a hydrofoil produced in Russia, with a capacity of over a hundred people. A trip on the Obrenovac-Belgrade route (Rojkovac-Zabrezje-Zabran-Baric-Beton Hala) would take 30 minutes – Cuckovic tweeted.
Companies:
Grad Beograd
Gradska opština Obrenovac
Tags:
Miroslav Čučković
hydrofoil
transport
Sava
Komet
Komet hydrofoil
Share: