Airbus to present H145M helicopter at Partner 2019 fair in Belgrade 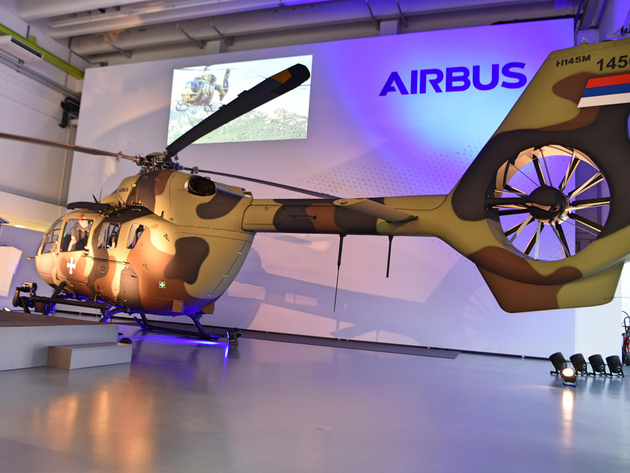 Airbus helicopter (Photo: Ministarstvo odbrane Republike Srbije)
Airbus will take part in the ninth International Arms and Military Equipment Fair Partner 2019, which will be held in Belgrade on June 25-27.

The static exhibit of Airbus will feature the new light, double-engine helicopter H145M, recently delivered to the Serbian Air Forces and Air Defense, the company says in a press release.

H145M is equipped with an HForce system weapons system, recently tested for non-guided and guided air-to-surface and air-to-air weapons prior to the shipment.

Serbia is also the first purchaser of a helicopter equipped with this system.

The helicopter has also recently demonstrated drone control at the highest level of interoperability, which further increases its operating range. The operating capacity of the H145M fleet already in use exceeds 95%.

Serbia and Airbus have a remarkably successful four-year partnership. Serbia has put trust in Airbus and its products twice since 2015, ordering nine H145M helicopters in 2016 and three H215 helicopters in 2018. Air Serbia now uses a total of 11 Airbus planes.