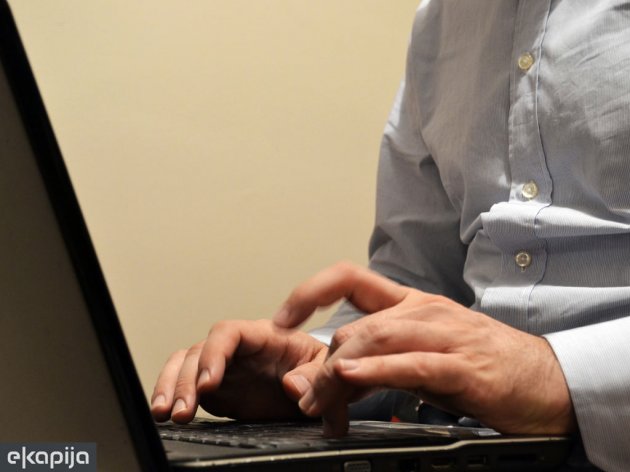 (Photo: Ivana Vuksa)
Amendments to the Law on Electronic Trade will be put before the Government of Serbia this week, followed by the new Law on Trade next week.

These two laws will contribute considerably to the development of electronic trade, Tatjana Matic, the state secretary at the Ministry of Trade, Tourism and Telecommunications, said today at a press conference at the Government of Serbia.

– The amendments are necessary for a further improvement of electronic trade in Serbia, which has a great potential – she pointed out and added that these two laws will change the frameworks and allow the electronic trade market to develop at an accelerated pace.

The volume of electronic trade in Serbia is growing year after year. Last year, it amounted to USD 317 million, and this year it is expected to reach USD 354 million according to Matic, who added that the expected growth rate was 9.6% and that the amount in 2023 might therefore be USD 510 million.

As she emphasized, future efforts in developing this sector need to be focused on the fact that around 44.5% of internet users in Serbia have never made an online purchase.

– We need to help them an convince them that electronic trade is quick and safe and that it saves time and resources – Matic said.

According to the Survey of Electronic Trade, which was carried out within the “Strengthening of Electronic Trade in the Republic of Serbia” project and which was helped by the ministry and the USAID, it is mostly the young that make online purchases, and among the users which are apprehensive about this form of trade, 43% still fear that they will get a wrong product.

Among the companies which offer products and services, nearly three quarters offer online sales, as shown by the survey presented today, and companies cite the lack of education in both traders and consumers as the biggest obstacle to the further development in this sector.

USAID Cooperation for Growth Project Director Karen Westergaard emphasized today that they supported such efforts by the ministry and the Government of Serbia, believing that it will result in thousands of small enterprises which will successfully contribute to the development of the economy of the Republic of Serbia.

Promotional videos with the slogan “Quick, easy, safe” were also presented at the conference. They will be broadcast on TV stations with national frequencies in order to help remove the prejudices, while at the same time promoting the advantages of electronic trade, it was said today.
Companies:
Ministarstvo trgovine, turizma i telekomunikacija Republike Srbije
USAID Beograd
Vlada Republike Srbije Beograd
Tags:
Ministry of Trade Tourism and Telecommunications
USAID
Government of Serbia
Tatjana Matic
Karen Westergaard
online purchase
electronic trade
Share:

Only logged-in users can comment.
Latest
Most read
Aiding Event Tourism – Bought Tickets Valid for Other Events or Refunds 07.08.2020.
Over EUR 15 Million to be Invested in Construction of Road from Plav to Decani – Project of Recultivation of Plav Lake Also Planned 07.08.2020.
Part of Bus Station to be Moved to Block 42 by the End of the Year – Several Smaller Stations on Belgrade Periphery Also Considered 06.08.2020.
Researchers from Faculties of Civil Engineering and Mathematics Developing AI for Better Yields in Agriculture 06.08.2020.
Chemical Park Prahovo a Step Closer to Realization – Detailed Regulation Plan Envisages Construction of New Industrial Complex, Ecological and Energy Island 05.08.2020.
Construction Activities in Location of Fire-Destroyed Belgrade Depot to Start in September – Residential and Office Facilities Planned 28.04.2020.
Serbian startups once more on Startup Genome world startup map – Belgrade and Novi Sad startup ecosystem worth around USD 502 million 28.06.2020.
New Facilities of Several Investors to Open in Indjija by the End of the Year – Plan Includes Construction of Sports Academy, Indoor Pool, Green Market... 03.08.2020.
Weather
Weather forecast