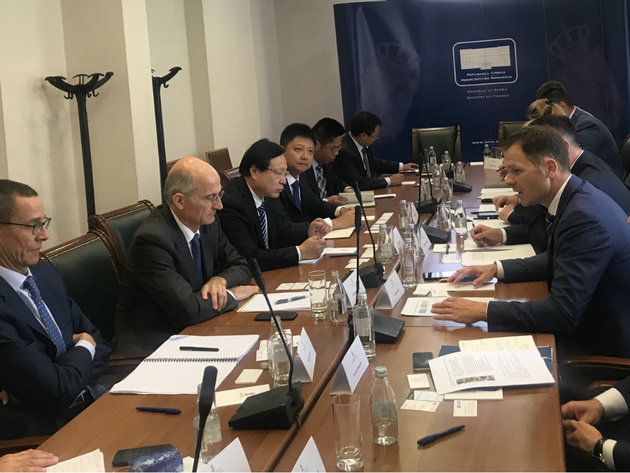 The structure of financing of the Belgrade subway project was considered at the meeting, and they also discussed how these companies would take part in it. The representatives of the companies emphasized that it was a big and important project and that they were open for mutual cooperation, adding that it was a good opportunity to combine the past experiences.

Egis has recently completed the pre-feasibility study, which estimates that the construction of the first subway line would cost EUR 1.8 billion, whereas the second line will cost EUR 2.2 billion, and the plan is for a feasibility study to be done in the upcoming period. Also, a third line is planned in the future, which is supposed to connect Vozdovac, the new bus station in Block 42 and the railway station New Belgrade through Prokop, Slavija and the Republic Square, announced Deputy Mayor Goran Vesic, about which more details can be found HERE.

The minister reminded that the memorandum on cooperation on realizing the Belgrade Subway project had been signed in 2019 with Power China within the second Belt and Road summit in Beijing and that the company Alstom had signed the agreement on the construction of the first subway line with the City of Belgrade in 2011. Also, in 2014, Sinisa Mali, in his capacity as the then mayor of Belgrade, signed the memorandum of understanding on the construction of the subway system with the Republic of France.