Twenty-seven railway tunnels to be reconstructed by end-2019 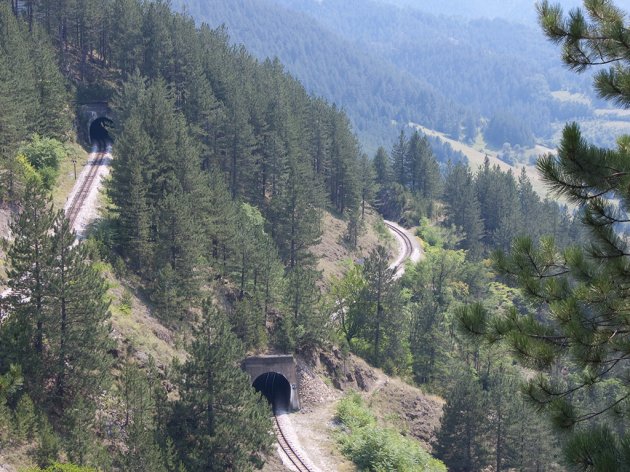 (Photo: Marko Tomicic/shutterstock.com)
The company Infrastructure of Serbian Railways has announced that it has completed the reconstruction of four tunnels on the Kraljevo-Raska railway, in the total length of 4.3 kilometers, normalizing the railway passenger traffic between the two towns.

As said, the reconstruction, which started on March 4, entailed the replacement of track material, crossties, and the ballast, the machine regulation of the tracks and the cleaning of drainage canals, and the works were completed on May 30.

The tunnels in question are Bela Glava, Polumir, Bojanic and Dzelep, and the last time they were reconstructed was in 1961.

While the works were in progress, bus transport was organized on the route between Kraljevo and Raska.

– This year, the Infrastructure of Serbian Railways will reconstruct a total of 27 tunnels on Serbian railways, and the total value of the works carried out will slightly exceed RSD 1 billion. The reconstruction of four tunnels between Banja Koviljaca and Zvornik is also in progress, and the works on another four tunnels between Bor and Majdanpek start in early June – the press release says and adds that the plan is also for the reconstruction of the 15 tunnels on the so-called Sargan Eight to be completed by the end of July.