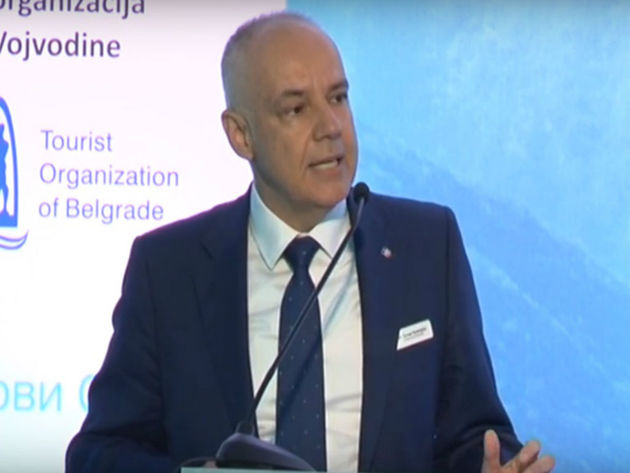 Illustration (Photo: YouTube/screenshot)
The project “Thermal Rehabilitation of Public Buildings – Improvement of Energy Efficiency in the City of Belgrade” will be realized by the end of 2019, which means that the facilities of the Emergency Department, City Library, Student Polyclinic and Inpatient Clinic will be reconstructed soon so as to be more energy efficient and spend less energy, while at the same time providing a quicker and better service to citizens, said Mayor of Belgrade Zoran Radojicic.

Mayor Radojicic, Serbian Minister for European Integration Jadranka Joksimovic, the State Secretary at the Ministry of Mining and Energy, Stevica Dedjanski, and the director of the Regional Agency for Development and European Integration in Belgrade (RAREI), Snezana Radinovic, signed the Memorandum on Cooperation in the implementation of the projects of rehabilitation of four public buildings, on April 25 at the Old Palace, it was published in the Newsletter about Development Aid in Serbia of the Ministry of European Integration. The project is worth EUR 16 million, of which EUR 11 million is the EU’s contribution, whereas EUR 5 million is a loan taken out by the City of Belgrade at the European Bank for Reconstruction and Development (EBRD).

Radojicic points out that this is the first project for which the City of Belgrade has received funds from the EU’s IPA, with the great support of the Ministry of European Integration, Beoinfo reports.

– We will reconstruct four facilities of vital importance for the functioning of the city, and which haven’t been reconstructed for decades – the mayor said.

According to him, although it was not easy to reach the point in which the City of Belgrade has the projects which is ready for financing, thanks to all the competent secretariats and institutions of the city which worked on solving the property-legal relations and preparing the technical documentation, the project is ready for realization.

Snezana Radinovic pointed out that it was a great pleasure that, after years of RAREI’s efforts in preparing the idea and the project itself, the project had been approved for financing through IPA 2.

– This is not the only project of the City of Belgrade financed through EU funds. In the past few year, RAREI has managed to withdraw funds from the City of Belgrade through projects financed from various programs of the European Union – she says and explains that these projects will contribute to the upgrade of models of managing urban forests, developing the urban area in a selected location in Belgrade with the help of natural solutions, and that it will support the work of employees in the local self-government in certain procedures.

As Minister Jadranka Joksimovic pointed out on the occasion of the signing of the memorandum, this project will benefit citizens in the segments of health and culture, which are the foundations of the development of a healthy state.

– Energy efficiency doesn’t only mean the reduction of the emission of carbon-dioxide, but also leads to concrete savings on energy sources, which is the added value of the whole project – the minister pointed out.

On the occasion of the World Environment Day (June 5), Mayor Radojicic will talk about the project at the media conference organized by the Project Preparation Facilities of the European Union (EU PPF) program. This conference is organized on the occasion of presenting programs of technical aid worth EUR 20.1 million for the preparation of technical/tender documentation for projects in the fields of environmental protection, energy and transport.