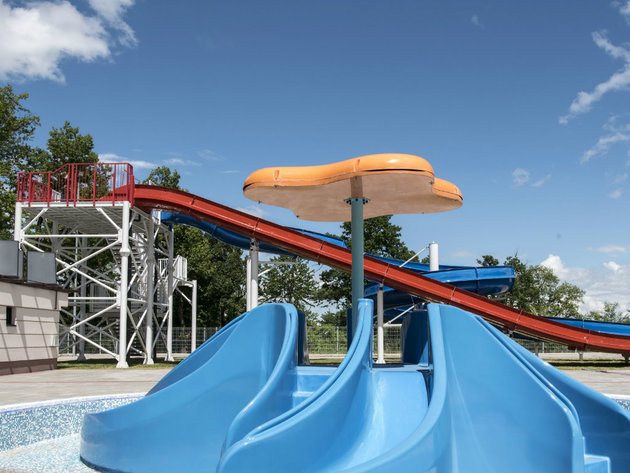 (Photo: Specijalna bolnica Ribarska banja)
On June 1, 2019, the Sports and Recreation Center Samar, the construction of which began three years ago, opened in Ribarska Banja.

The new complex which will be officially opened by Tourism Minister Rasim Ljajic on June 5, features tennis and beach volleyball courts and an aqua park with thermal water pools, eKapija learns at the Special Hospital Ribarska Banja.

In addition to these features, the Sports and Recreation Center will offer a rent-a-bike service, table tennis areas, as well as various events, such as night swimming, concerts, promotions, music nights and other activities.

– The center, in which the special hospital invested more than RSD 80 million of its own funds, was carried out in two phases.

With this investment, as they pointed out, the Special Hospital Ribarska Banja wanted to expand its offer in the tourism segment.

In addition to medical tourism, the raising of a modern spa center on the foundations of an old Turkish bath from the 17th century helped develop wellness tourism, and Banja's tourism offer will now be considerably expanded with the construction of the aqua park.

The opening of the aqua park is expected to increase the number of tourists in Ribarska Banja, and not only those coming here for treatment either. It is expected to lead to the construction of new hotels and accommodation capacities, especially in the private sector, which will have a multiple positive effect on the entire area.

As they told eKapija, the plan is to further modernize the accommodation capacities of Ribarska Banja and expand the tourism offer in that segment.

Also, considering the great interest in the hyperbaric chamber, a new therapy at Ribarska Banja, our interviewees say that the plan is to expand that service by procuring another device and to modernize the existing equipment and introduce new, modern therapy procedures.

Ribarska Banka is well known for its thermal springs, which heal bone and joint conditions, degenerative and orthopedic diseases, post-trauma conditions and some neurology diseases.