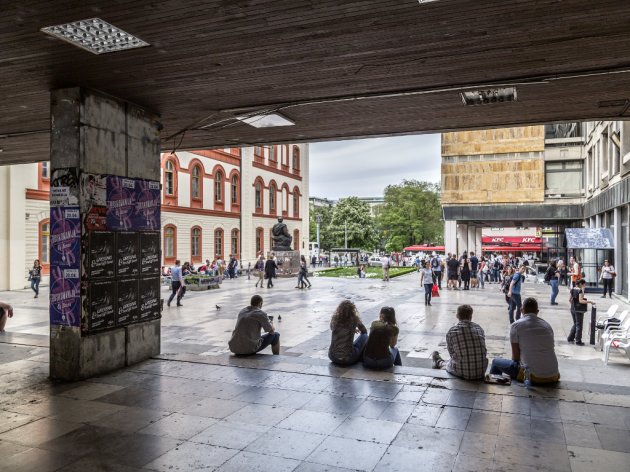 (Photo: ColorMaker/shutterstock.com )
The leaving of young and educated people costs Serbia EUR 1.2 billion each year, the sum equal to the value of the export of the country's IT sector, it was said at the panel of the Serbian Association of Managers (SAM), whose topic was “How to keep the young from leaving Serbia”.

At the forum, OECD data were presented, showing that over 650,000 people have left Serbia since 2000, most of them young people, and according to last year's survey carried out by the Ministry of Education, each fourth student is looking to continue their education abroad, and two thirds want to remain there.

Dragan Loncar, a professor and associate dean for cooperation with the economy at the Faculty of Economics in Belgrade, estimates that, in the upcoming years, up to 25% of the educated, young population could leave Serbia.

– What our IT sector exports is compensated by the costs of the leaving of our people abroad – Loncar said and added that the brain drain is hard to stop, but there can be communication with them and they could return at some point.

Bojana Simeunovic, the advisor for creative industries and science of the prime minister of Serbia, pointed out that a body for circular migrations would be formed.

– When we say circular migrations, it means that they leave and come back, and the idea is for this body to become a sort of a station where people who want to come back can find all the information they need – she said and added that concrete initiatives would be presented by the end of the year.

The state secretary at the Ministry of Labor and Employment, Bojana Stanic, emphasized that a coordination body dealing with the problem of the leaving of the young had been formed within the Government of Serbia.

– The task is to slow down the leaving of people abroad, to have those who have left come back and to attract foreign experts, and without the economy, a coordination body and measures play no role, as we should be able to employ those people somewhere – she said.

According to her, the problem is complex, as it needs to be determined why people are leaving and what the deciding factors are for them to come back.

Attracting and fostering young talents is one of the key issues for companies in Serbia, as confirmed by representatives of Atlantic Grupa, Schneider Electric, Mikroelektronika and VIP Mobile.