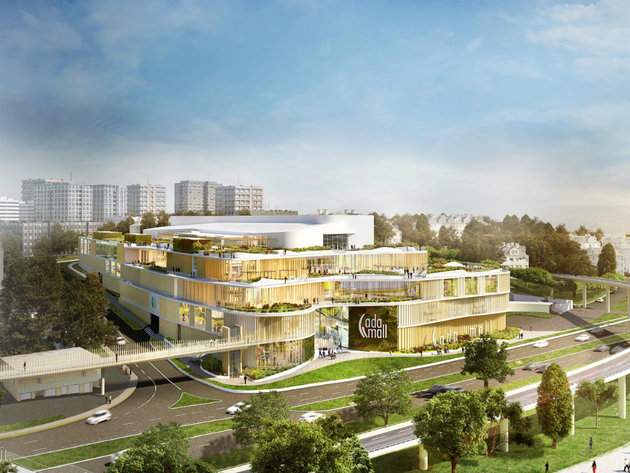 Exclusivity of this shopping centre, developed by one of the largest international investors, GTC Serbia, is reflected in an original design which is in line with LEED Platinum standards of green construction, a diverse range of international cuisines in a completely new concept, as well as a magnificent terrace with an enchanting view over the Ada Lake, but also over the whole city.

– We are looking forward to the opening of another modern shopping centre and an impressive offer of completely new and already familiar international and Serbian brands, and we are very pleased that our retail team brokered the lease of more than 30 shops in the rich offer of Ada Mall. Among the many brands there are also those that are opening their shops in Serbia for the first time, as well as many others from a range of different fields, including fashion, accessories, beauty and health, as well as a wide range of slow and fast food restaurants. We believe that Ada Mall, with its modern and innovative design, will become a new and important place of gathering, shopping and entertainment – said Dusan Miletic, Head of Retail Agency in CBS International, part of Cushman & Wakefield Group.

In addition, the situation in the Serbian retail market has gone through numerous transformations lately, since the very dynamic projects which will enhance the image of the capital are either finished or almost there. Thus, by the end of 2020, Belgrade will reach the figure of 500,000 square meters of newly built retail space, and start a period of stabilization and moving towards the European metropolises.
Companies:
CBS International Beograd
GTC Srbija
Tags:
CBS International
GTC Serbia
Ada Mall
Dušan Miletić
Ada Mall shopping center
opening of Ada Mall
lease of shops at Ada Mall
retail space sector in Serbia
shopping centers in Serbia
LEED Platinum green construction standards
green construction
Share: