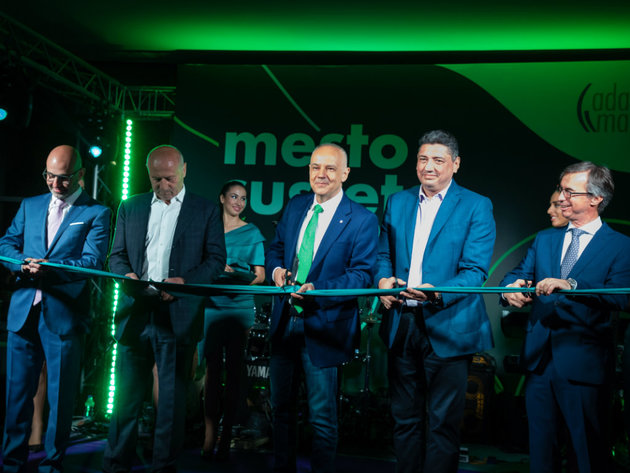 The first land for the construction of the new shopping mall was bought 12 years ago, when the concept design was prepared as well, reminded the director of GTC Serbia, Pedja Petronijevic.

– This project is over 12 years old and in that time, we have managed, as we can see here, to build the biggest and the most attractive mall in Belgrade, if not in the whole region. It will look even better when we finish some details and when everything is exactly as we planned. One of the important items is the construction of a footbridge over Ada. There have been media speculations that we have given up on this idea, but we haven’t, we just haven’t had time to build it yet. We hope it will be completed by the end of the year – Petronijevic said.

As he pointed out, Ada Mall is a project which GTC and all those who took part in its realization are very proud of.

– This was a very challenging project, we faced numerous problems, but we still managed to build it in two years. In addition to Gradina, as the carrier of the project, and Energoprojekt, as their most important partner, several hundred companies, but also around 10,000 people in total, took part in the realization of this project. The result is that Belgrade now has one of the best looking facilities of around 100,000 m2 – Pedja Petronijevic said.

Thomas Kurzmann, the CEO of GTC, welcomed the first visitors of Ada Mall.

– This is a big thing and an important moment for GTC, and not just in Serbia either. We are very proud that we have given the city one of the most beautiful shopping malls in the region and beyond. I would like to thank the City of Belgrade and the Government of Serbia for their excellent cooperation. We are very happy that we have had the opportunity to take part in the development of Belgrade – Thomas Kurzmann said.

The president of the Municipality of Cukarica, Srdjan Kolaric, also expressed his happiness over the fact that Cukarica finally has a large shopping center.

– The modern architecture of this facility fully fits into the environment of Ada Ciganlija and old Cukarica. Once the marina is built and the old sugar plant is reconstructed, this part of Cukarica will get a whole new look. Not only does Cukarica now have a new shopping and leisure place, the most important thing is that the opening of this shopping center means the creation of numerous jobs. This is the beginning and a new stage in the development of our municipality’s economy – Kolaric said. 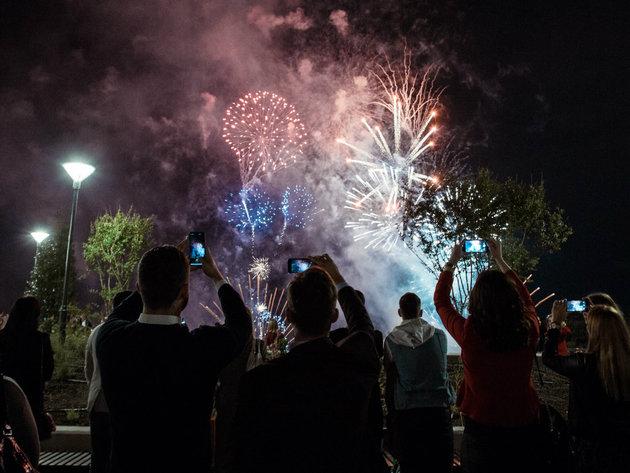 Mayor of Belgrade Zoran Radojicic emphasized that Ada Mall had been built in line with the highest standards, complying with environmental principles and thereby fitting into the vision of Belgrade as a green city.

– The idea of raising a shopping center here was born 12 years ago, and the realization began two years ago. In Belgrade, there are currently 1,700 construction sites, which shows that the Serbian capital is still very interesting to foreign investors. These investments are important for the city budget as well, as they mean more money for new schools, hospitals and other facilities of public importance. Investments are very important for us, but it’s also important for the quality of people’s lives to increase – Radojicic pointed out.

On the occasion of the opening, various discounts are available to all visitors of the new shopping mall. For the first time, Ada Mall will offer brands such as The Body Shop, Piazza Italia, Kiehl’s, Lee Cooper. Also, in addition to the standard gastronomic offer at the shopping malls, the visitors will also be presented with the premium food court Merkada, offering the finest flavors from all over the world.

Customers in Serbia have long awaited the arrival of Piazza Italia, and the first impressions at the company Promoda are very positive.

– We are proud that we have managed to bring such a brand to Serbia. This is the first time that we have brought over an Italian brand which is available to a wide range of customers. We have recently launched an Instagram page and are positively surprised by how well people have reacted and how familiar they are with the brand, which we are very glad for. When you are bringing over a new brand, there’s a certain apprehension, as you don’t know how people will react to it. However, going by the first impressions, we believe that this business move will fulfill our expectations, but also the expectations of our partners from Italy – Vlado Djeric, the director of Promoda, told eKapija.