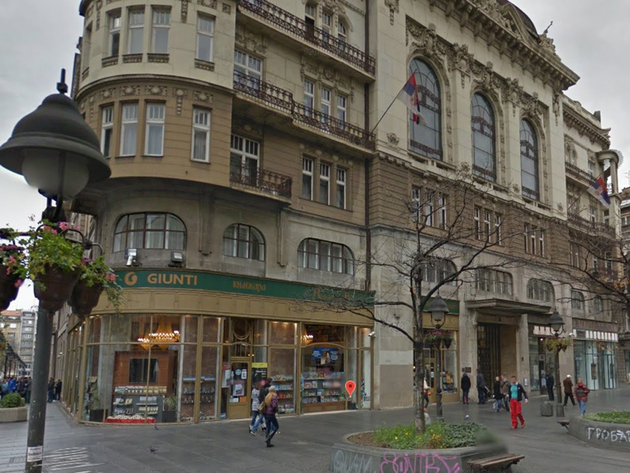 (Photo: Google Maps/screenshot)
The tendering for the preparation of the project of reconstruction of the building of the Serbian Academy of Sciences and Arts (SASA) should be completed by the end of 2019, after which the tendering for the contractor should be opened, and the works are supposed to start in two to three years, said the secretary general of the SASA, Marko Andjelkovic, at the press conference held on Friday, May 10.

– We have had requests towards the City of Belgrade and the Republic of Serbia for help in repairing the roof and the façade, as the building is quite old. We are pleasantly surprised by the fact that the Government of the Republic of Serbia has put the building on the list of 10 priority institutions to be renovated and reconstructed so that no interventions are necessary over the next few decades – Andjelkovic said.

According to him, the Archive and the Library of the SASA are in an especially bad condition, and the reconstruction of the building will contribute to the improvement of those conditions and allow for new spaces within the SASA building.

As it was announced earlier, the value of the reconstruction is EUR 6 million.

The project involves the members of the SASA and architects Milan Lojanica and Branislav Mitrovic.