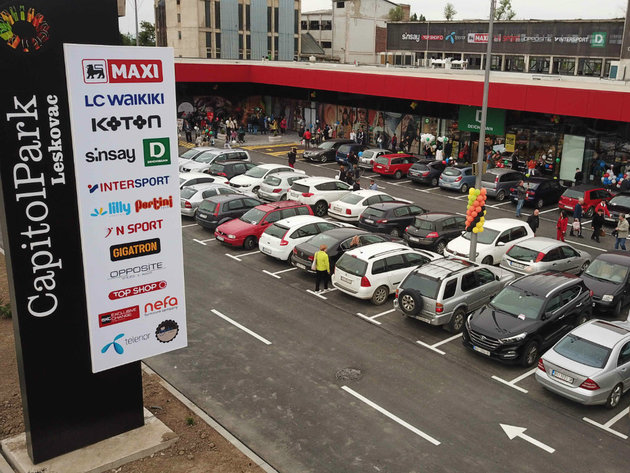 The retail park is located in the city centre, next to a densely populated residential zone with access to the E75 highway.

– We are pleased to announce the opening of our fourth retail park in Serbia. Poseidon has been present in Serbia for more than a decade as a commercial real estate investor, developer and asset manager, and in the past five years alone, we have opened Capitol Parks in Sabac, Sombor and Belgrade. As well as Leskovac, we will also open in Zajecar later this month – said James Gunn, Poseidon Group corporate affairs director.

The opening of Capitol Park was attended by Mayor of Leskovac Goran Cvetanovic, who expressed his satisfaction over this investment, which has also created new jobs for many people of Leskovac.