Germany's Bosch to build factory in Novi Sad – Jobs for 440, research and development center to be raised as well 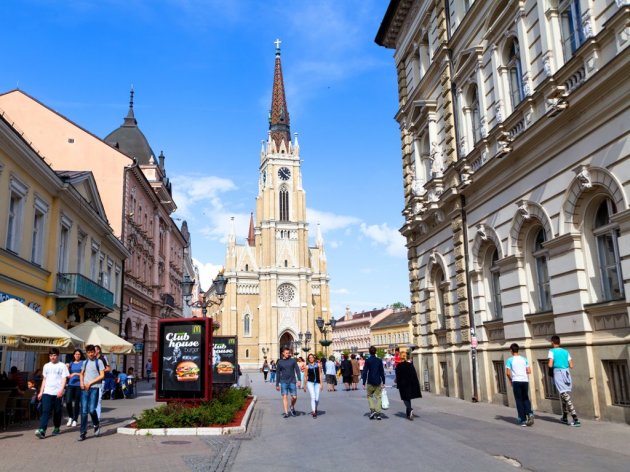 Novi Sad (Photo: photosmatic/shutterstock.com)
The German company Bosch is planning to build a factory in Novi Sad, Mayor Milos Vucevic announced, talking about the investments in the city.

As he pointed out, this will be the second foreign investment in Novi Sad, after the arrival of the company Barry Callebaut. Bosch will build the factory in the North IV zone, on private land not far from the location of the already built Lear factory, and 440 workers will be employed there. Also a research and development center for 50 engineers will be raised.

Vucevic also said that the public call for the private partner for the Novi Sad Pharmacy (Apoteka Novi Sad) was successful and that the details would be announced on Thursday, April 25, whereas the agreement would most probably be signed by June.

He added that a bid for the lease of the Galenic Laboratory for five years had also been made. Vucevic also announced that he would come out with the results of the non-binding public calls for the construction of public garages and the solution of the energy efficiency problem at SPENS on Thursday. Vucevic said that the calls had been successful and that there were interested private entities.

The mayor of Novi Sad added that he would also announce the details regarding the arrival of two foreign investments to Novi Sad, the chocolate factory Barry Callebaut and Bosch, on this occasion.

Vucevic added that he didn't expect any problems to arise related to the concession of Apoteka Novi Sad and all the other said investments and projects.

– We have been sent a bid by one of the largest companies in the world for Apoteka, which exceeds the initial price – Vucevic said.

As for the investment of the Swiss company Barry Callebaut, as announced several days ago at the signing of the memorandum on cooperation at the Government of Serbia, they will open a chocolate factory in 2021 with a five-year investment plan of EUR 50 million. The mayor said that the factory would be raised on a private parcel along the M7 route and that it will initially produce 50,000 tons of chocolate a year.

Let us remind that Apoteka Novi Sad has been offered up for a 15-year concession, as the current state is not sustainable, putting the city in danger of being left without a public pharmacy. As for the construction of public garages and the addressing of the energy efficiency problem at SPENS, private partners are being sought, as local authorities expect to secure the funds necessary for the realization of those projects this way.
Companies:
Robert Bosch GmbH Gerlingen
Apotekarska ustanova Novi Sad- AUNS
Barry Callebaut AG
Grad Novi Sad
JP Sportski i poslovni centar Vojvodina- Spens
Tags:
Apoteka Novi Sad
Barry Callebaut
Bosch
City of Novi Sad
Galenic Laboratory
lease of Galenic Laboratory
concession for Apoteka Novi Sad
investments of Barry Callebaut
chocolate factory in Novi Sad
construction of Bosch factory in Novi Sad
Lear factory
construction of public garages in Novi Sad
SPENS development
Miloš Vučević
Share: