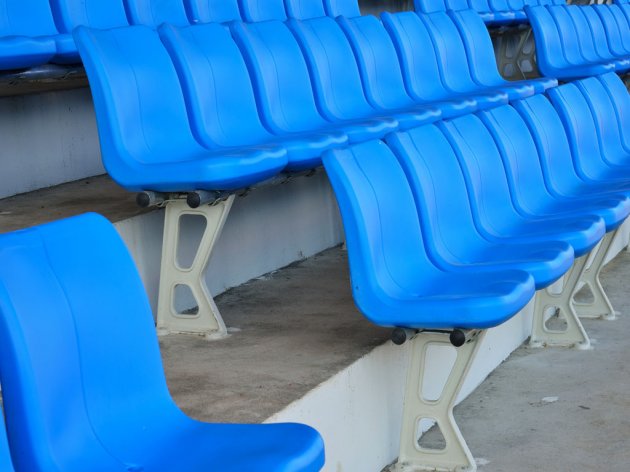 (Photo: Simple Photo Shot/shutterstock.com)
Everyone interested in the exact location of the future National Football Stadium of Serbia, the construction of which will begin next year, may view the Spatial Plan at the Belgrade City Administration until the end of April. This is only the first step in gathering the documentation necessary for the realization of this project, which, according to the Football Association of Serbia, will cost 50 to 70 million euros.

The stadium will take up 35 hectares (430 ha with all the accompanying facilities and features) and have a capacity of 60,000 viewers. The parcel, which is now agricultural land, will be transformed into building land in the upcoming period.

This location, owned by the state, features no private buildings.

– This is PKB's land, which has been exempt from the recent privatization of this company – Stevan Susa, the president of the municipality of Surcin, says for Novosti. – Although the land is arable, it has been chosen for its excellent location. It is reachable by highway, and the stadium will feature a special traffic connection. Once all the traffic infrastructure is built, it will take no more than half an hour to reach the stadium from even the most remote parts of Belgrade. The Nikola Tesla Airport is also nearby, around four kilometers away, which is another advantage.

This will be a multifunctional stadium. It will feature stores and hospitality facilities. The floors will take up 326 hectares, whereas the traffic infrastructure will take up 65 hectares.

– The stadium will also require 10,000 parking spaces for passenger vehicles and 500 for buses – the Spatial Plan reads. – This complex will need to meet the technical requirements for the fourth or the fifth category, proscribed by the UEFA.

The plan also entails the reconstruction and the expansion of the Zoran Djindjic Square, the construction of a new primary traffic system, as well as the construction of a new interchange, which will provide a connection to the Belgrade-Sid highway with a bypass route. When it comes to the utility infrastructure, this part of Surcin already has a gas pipeline going through it, and when it comes to the sewer system, Susa explains, an additional waste water treatment facility needs to be built. The stadium will also be reachable by railway, as the plan is to extend Line 4 of BG Voz.
Companies:
Grad Beograd
Fudbalski savez Srbije
Tags:
National Football Stadium of Serbia Surcin
Stevan Susa
construction of national stadium
value of national stadium
national stadium in Surcin
extension of BG Voz Line 4
connection to Belgrade Sid highway
national stadium location
Share: