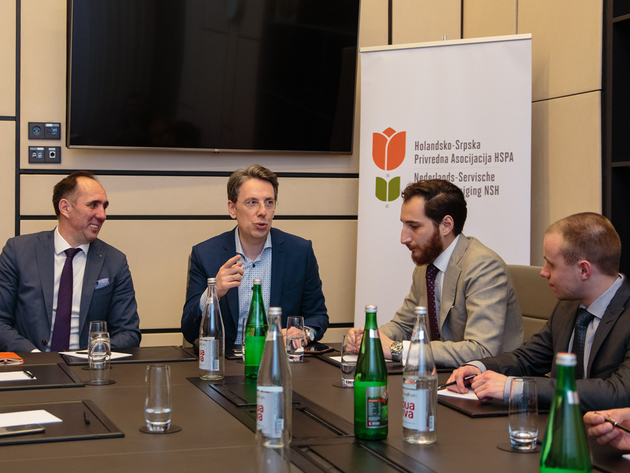 The Managing Board of the Dutch-Serbian Business Association (DSBA) held its first meeting on Thursday, April 11.

After a short introduction and an overview of the activities in the preceding months, the members had a detailed discussion about the conclusions from the First General Meeting, held on February 6, and planned the next steps that the DSBA would take in 2019, the press release says.

Bojan Lekovic, the president of the Managing Board of the DSBA and Hugo van Vehgel, the president of the DSBA, welcomed the guests – around 50 representatives of member-companies and the ambassadors of Belgium and the Netherlands, Koen Adam and Henk van den Dool, emphasizing the importance of promoting, encouraging and expanding the business relations between the Benelux countries and Serbia.

The guests welcomed the initiative, which marked the successful beginning of the future tradition of various events in Benelux with the aim of the continuous strengthening of the business cooperation between the members of the association in all aspects.