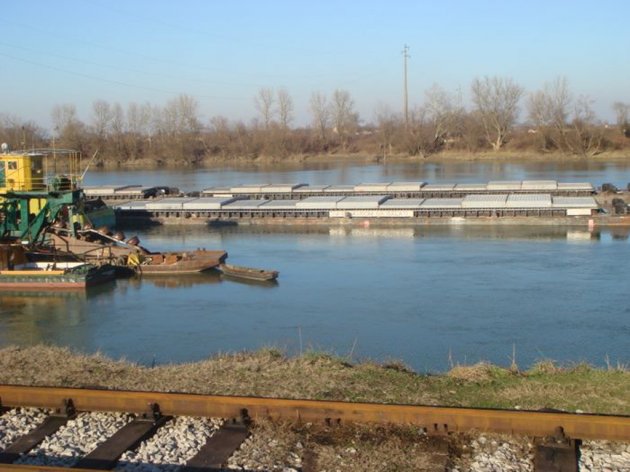 (Photo: lukabrcko.ba)
With the opening of the container terminal, the Port of Brcko will become a part of the global transport community. This is the essence of the Memorandum of Understanding in upgrading the intermodal transport of goods, signed this Tuesday, March 19, by representatives of the Port of Brcko, Zeljeznice RS, Zeljeznice FBiH, Hrvatske Zeleznice Cargo and the Brcko-based company Belisar.

The executive director for logistics at Belisar, Jovo Ilic, said after the signing of the memorandum that it was a big step for the district, as it would bring new logistics potential to the business entities in the district, but also in the region.

The director of the Port of Brcko, Marinko Viljusic, said that the operations at the container terminal had already begun.

The director general of Zeljeznice FBiH, Enis Dzafic, pointed out that the intermodal transport had been at a very high level in B&H and Croatia.

The director of Hrvatske Zeljeznice Cargo, Gordan Zurga, reminded of the long-term cooperation with Belisar and added that he believed that it was a great thing for the Croatian railway company that it would be able to realize the transport of goods this way, together with its colleagues.