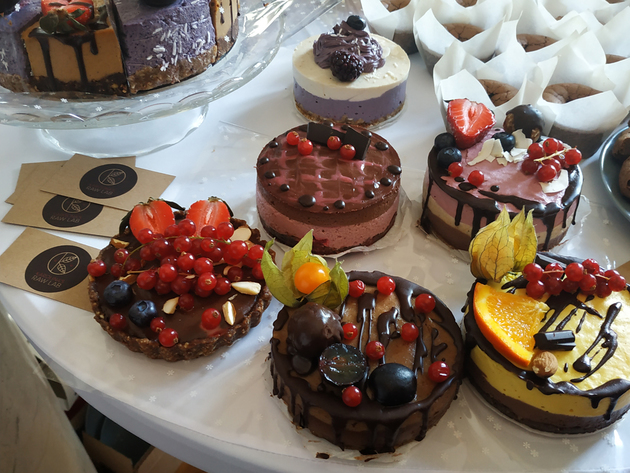 (Photo: eKapija)
Rabbit meat cooked in wine, roasted beetroot with cream cheese made from goat milk, onion cream soup, grilled cheese with lavender, cheeses with honey and quince jelly, apple crème brulee, pear tart with mango sauce – these are only some of the numerous specialties that aficionados of French cuisine will be able to taste this week in 15 restaurants throughout Belgrade.

A total of 16 restaurants, 15 in Belgrade and one in Zrenjanin, will take part in the fifth edition of Goût de France (Tastes of France) in Serbia. French menus will be offered on March 21, whereas some restaurants will feature this special offer throughout the week, from March 18 through 24.

The concept is the same everywhere in the world. Restaurants, modest bistros and the most exclusive spots on the gastronomic map of the world will offer their guests French menus.

Goût de France was created at the initiative of one of the most famous French chefs, Alain Ducasse, and the Ministry for Europe and Foreign Affairs. Promoting this project, the French minister of foreign affairs reminded that their gastronomy had been included on the UNESCO world heritage list.

On this occasion, French Ambassador to Serbia Frederic Mondoloni said for eKapija that the interest in this event in Serbia grew year by year, as shown by the number of restaurants involved. He added that the focus in 2019 would be on “socially responsible” gastronomy of the French region of Provence.

– The interest of restaurants in taking part in this event is growing. At the first edition of Goût de France in 2015, five restaurants participated. The second one involved 15, whereas, this year, there are 16. The restaurants are expected to offer menus prepared in line with the imperatives of the modern age, which are the protection of nature and healthy meals. Also, this year, the focus is on environmental protection, so restaurants are encouraged to use vegetables, fruit, organic products and support the fight against plastic waste – Mondoloni says.

Mlekoprodukt, a part of the French Savencia Group, presented its offer as a partner and the only cheese producer at the event, on the occasion of the official beginning of Tastes of France.

Bojana Momcilov, the communications manager at Mlekoprodukt, says for eKapija that the company is taking part in the event for the third time and that this is a remarkable opportunity for French cheeses to be presented to the Serbian audience and consumers.

– This year, we will present new Ile de France brand cheeses. As France is well known for its cheeses, Mlekoprodukt will present cheeses such as Caprice des Dieux, which was created in 1956 and whose recipe has not changed since. This cheese is popular in France, but also in 120 countries worldwide, including Serbia. As for the intense, strong cheeses, meant for true French cuisine aficionados, we will offer Rustique Camembert, Saint Agur, as well as milder cheeses such as Brie, Biser Trapist Selecta, sheep cheese made in Mlekoprodukt using a 17th century recipe – Momcilov says for our portal.

The Goût de France concept is inspired by Auguste Escoffier, who organized an Epicurean dinner in 1912, when a single menu was served in several cities of the world for 60,000 guests. However, Goût de France does not offer the same menu everywhere.

On the contrary, each chef has an opportunity to create their own menu, using local products and tradition as inspiration. Still, the menu should be inspired by French cuisine. Each chef, then, designs their own “à la française” menu, adapted to local conditions and sustainable economy.

Each chef is given full freedom to highlight their own culinary tradition and gastronomic skills through the menu.