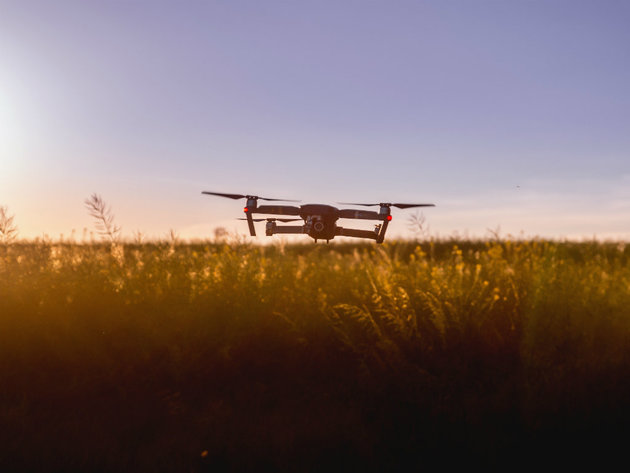 Agriculture is one of the fields that are going through the most dynamic changes, and there’s an imperative on producers now more than ever to increase their yields, grow quality products, while at the same time reducing their costs. Thanks to the BioSense Institute of Novi Sad, the latest technologies have arrived to Serbian farms.

In March 2018, Serbia got its first Digital Farm, and the digitization of farms was made possible with the help of drones, sensors, robots and satellite images, which enable farmers to, among other things, always know how much water and fertilizers the crops need.

The Digital Farm is in fact a true farm, where agricultural production is being carried out. On the other hand, it is an experimental estate – an educational means through which students of agriculture, but also farmers, can learn a lot about the implementation of modern technologies.

It’s important to note that, in addition to the physical part, where various modern devices, tools and mechanization are exhibited, the Digital Farm also has its virtual part – the AgroSens digital farming platform, which allows one to monitor the state of the crops and plan farming activities through a mobile phone or a computer.

The Digital Farm was founded within the ANTARES project of the BioSense Institute, financed by the European Commission and the Republic of Serbia. 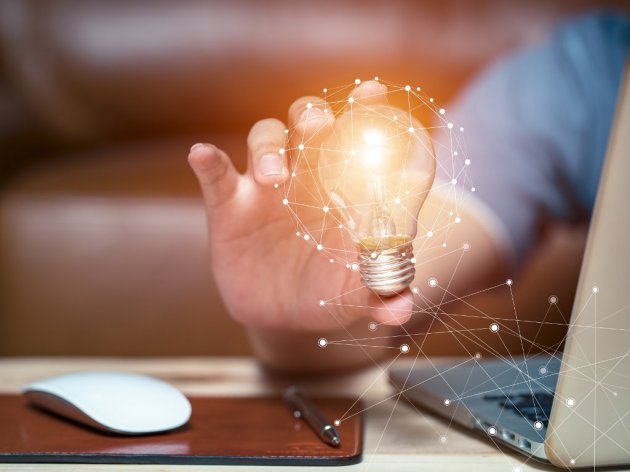 The Digital Farm project enables all farmers from Serbia to learn more about the possibilities provided by digitization and new technologies first-hand and for free, in each segment – from preparing the land, setting the management zones, through the sowing, the irrigation, feeding and protecting the plants, to the harvesting and the works on preparing for the next season.

It is set up at the production parcels of the commercial producer Krivaja, where the most modern digital technologies are used in everyday work: sensors, drones, robots, satellites, modern farming mechanization.

The project also includes the Digital Farm Open Days in each phase of agricultural works, where visitors can see for themselves how new technologies make agricultural production more efficient. They can witness first-hand how the implementation of modern devices and technologies enables the saving of resources (seeds, fertilizer, water, human and machine work), how they contribute to the reduction of risks related to the production and weather conditions, and finally, how they lead to an increase in yields.

Also, at the Digital Farm, visitors can see and test various devices, systems and mechanization for precision agriculture and learn more and present their problems through contact with farmers who are already using the latest technologies, but also with the BioSense Institute scientists, and work together with them on finding solutions that will improve their production.

An inevitable part of the Digital Farm is its virtual part – the AgroSens platform, which enables the monitoring of the state of the crops and the planning of agricultural activities with the help of a mobile phone or a computer, based on the data gathered from satellites, drones, robots, various sensors and meteorological stations.

The basic services of the platform are available to farmers for free, and AgroSens is regularly expanded with new services, such as soil analysis, agronomic advice or the scheduling of drone recording sessions. During the Digital Farm Open Days, which are educational in character, farmers can train themselves for free to work with AgroSens, but also talk to experts from the BioSense Institute about how to best implement the new technologies in the their properties.

The first step in implementing the AgroSens platform is to register and create a production parcel. The user can have an unlimited number of production parcels on their profile, and after a parcel is created, numerous modules offered by the platform become available. First of all, there are the meteorological data, which are the key indicators of the state of the crops and which are used to plan numerous activities. Soil temperature is the crucial parameter in sowing, the precipitation forecast defines the optimal moment for the application of artificial fertilizers and pesticides, and sunlight and temperature influence the degree of plant development.

Thanks to the research success of BioSense and the activities of this institute in European science projects, Serbia has become the only country outside the European Union to be provided with free broadband access to footage from the Sentinel satellites of the European Space Agency, and AgroSens makes full use of this option. The Sentinel satellites take images of the crops each five days at the resolution of 10 m, enabling the user to see their farm from a whole new perspective. This way, producers can see how successful the growth is in different parts of the farm, allowing them to distribute the fertilizer in line with different needs in different sections of the parcel.

Users can also run a Digital Farm Log, which enables them to enter information about the date of the activities carried out at the farm and specify details about the type of soil-working activities, the fertilizer used, the yields and the prices of the operations, and all these activities can be additionally documented with photographs by using the AgroSens mobile app.

In addition to satellites, which are covered by a special module, there are many other sources of data on the parcel, such as the map of yields, elevations, soil conductivity and drone images. There’s also the use of sensors and meteorological stations, which is also very important for farmers, who make decisions based on soil moisture, above- and below-ground temperatures and other parameters. For this reason, BioSense will set up as many as 500 meteorological stations in Serbia, which will enable the measurement of meteorological parameters at a high spatial resolution.

An example of how new technologies increase the efficiency of farming:

With the help of a probe for the electromagnetic conductibility of the soil, farmers can map their parcels and set the so-called management zones, that is, parts of the parcel which require more or less dense sowing and which should be irrigated and fertilized independent of each other. Data from the probe are entered into the AgroSens platform, which calculates the parameters for the calibration of modern agricultural mechanization which is used for differential sowing and variable fertilization. This way, farmers can make greater yields at the parcel, while saving on secondary raw materials.

The importance of the Digital Farm has been recognized by the European Union, which has ranked it as the project number 1 when it comes to the contribution of science to the economic development of the society.

The BioSense Institute plans to open a range of Digital Farms throughout Serbia, dedicated to various aspects of agricultural production – vegetable and fruit farming, livestock farming and others. 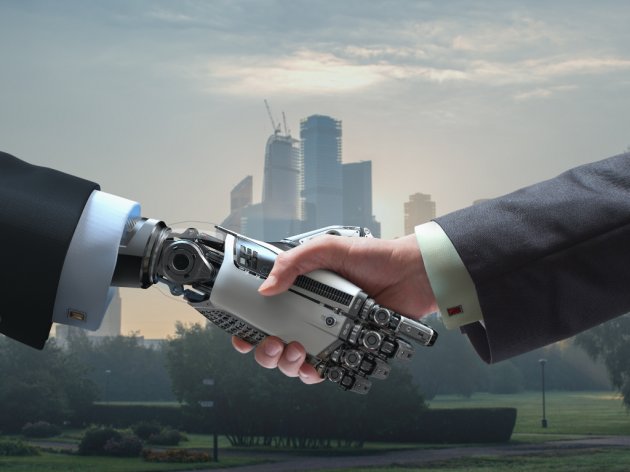 The benefits of the Digital Farm are enormous and immeasurable. A simple calculation says that an average farmer earns 30% more by increasing the yields and reducing the investments in irrigation, treatment and feeding of the crops. The service is free for all users.

Aside from the obvious material benefits, this is also a great scientific achievement, as the project has put Serbia at the very top when it comes to European science centers of excellent, engaging around 150 young scientists.

It’s important to also note the educational character of the Digital Farm, as this is a place where students and farmers can learn a lot about the implementation of modern technologies in agriculture. They can see first-hand how the implementation of modern devices and technologies allows one to save on resources (seeds, fertilizer, water, human and machine work), how they contribute to the reduction of risks related to the production and weather conditions and how they help increase the yields.

The use of digital technologies in the farming production achieves the optimization of yields, which can vary two to four times under traditional conditions, and extracts the maximum from each section of the land.

Manual activities are replaced with automatic ones and the use of fertilizers and pesticides, the biggest expense for any producer, is reduced.

There are currently 10,000 users which are provided with all information they need to make good decision through this app. This contributes to the reduction of investments, better yields, safer food and resource protection and sustainability. 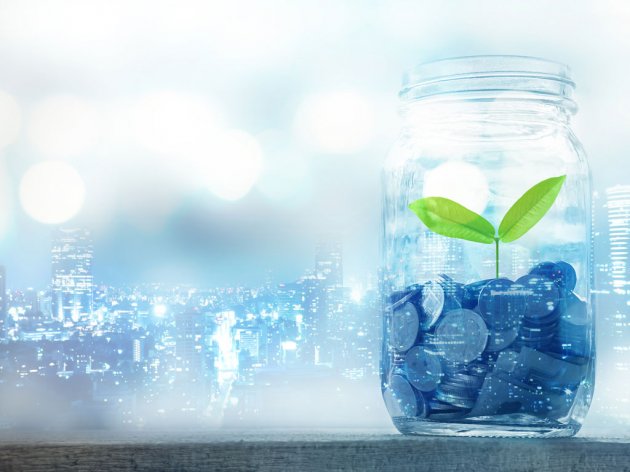 As already noted, the use of AgroSens and the advice provided by BioSense experts within the Digital Farm project allow an average farmer to increase the revenues by 30%.

Also, the BioSense Institute, through its ANTARES project, which includes the Digital Farm, has brought the biggest science project ever to Serbia, worth EUR 28 million, as well as numerous other projects with the total budget of around EUR 10 million. This has put it among the best science centers in Europe.
If the Digital Farm project is your investment of the year favorite, you can vote for it on Aurea's official website.
Companies:
eKapija.com Beograd
BioSense Novi Sad
PD Krivaja d.o.o. Krivaja
Tags:
Aurea 2019
Aurea
investment of the year award
BioSense
BioSense Institute
Krivaja doo
Digital farm
AgroSense
impact of technology on development of agriculture
advanced farming technologies
food safety
digital farming
digital farmers
smart agriculture
sustainable agriculture
IT in agriculture
new technologies in agriculture
irrigation
smart fertilizing
ground mapping
satellite supervision of fields
precision agriculture
use of drones in agriculture
drones
innovative solutions in agriculture
crop supervision
Antares
satellite supervision of fields
Share: