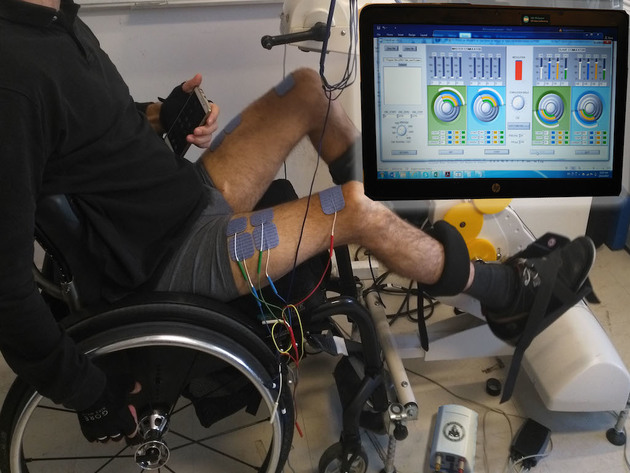 The eKapija portal has opened the contest for the best investment in 2018 – Aurea 2019. In anticipation of the new winners, we have visited the companies shortlisted last year to see how far they`ve come in their business development.

The company 3F-Fit Fabricando Faber won the special prize for innovation at last year’s Aurea for its MOTIMOVE device for movement assistance for persons with disabilities. They announced at the time that MOTIMOVE could become commercially available as a finished product in early 2019.

In her interview with eKapija, Lana Popovic Maneski explains that the testing of the device at the Cyberbike contest in France in September 2018 showed that minimal modifications were necessary.

– A new prototype was made and the certification process began, entailing the forming of a technical file, a check of harmonization with the standards and similar activities. The finalization of the intellectual property protection process is also in progress – our interviewee emphasizes.

Initially, three types of the device, of three levels of complexity, were planned, but after a detailed analysis and considering the very high price of certification, they decided to focus on the main device. Complete concepts for the other two models have been developed, but they will only be finalized once the sale of the main one starts and once the necessary funds are secured.

– We have established binding contacts with companies in Europe which produce and distribute rehabilitation robots and which want MOTIMOVE to be a part of their offer as an add-on component. This cooperation guarantees that we will have room to develop stimulators which allow for the integration with the suits with built-in electrodes (wearable systems). We have also agreed cooperation with a well known company which produces and distributes medical equipment in Belgrade, where they would act as the producer of MOTIMOVE systems, and thereby secured excellent logistics support – Lana Popovic Maneski emphasizes. 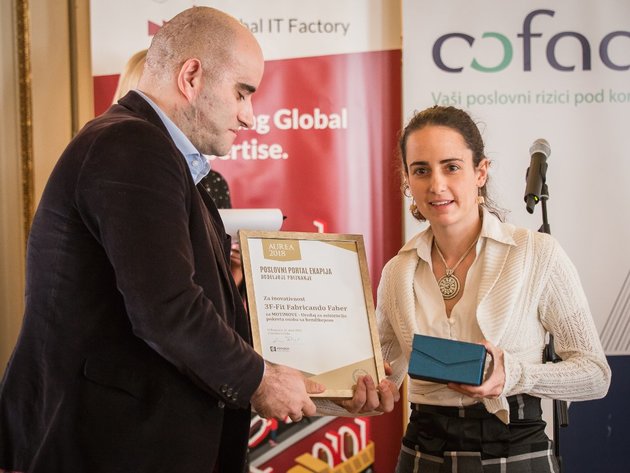 She says that the product has so far been distributed to a small number of clinics-partners and research centers, as medical regulations require CE tags and ISO standards for medical devices. The devices are currently used at rehabilitation clinics in Belgrade, Budapest and France and university centers in Sweden, France and the Netherlands.

– MOTIMOVE has been received very well by all our users and they’ve all become self-reliant in using it, which speaks to the quality of the design of its interface. We have already received several orders, which we will realize as soon as we get the CE tag. Clinical studies are currently in progress in Serbia, France and Hungary and they will take the next six months, so we are constantly following the development and the results of clinical tests.

3F-Fit Fabricando Faber received a mini grant from the Innovation Fund in 2018, as well as co-financing from its French partners. Furthermore, they have invested some of their own funds as well.

– We have invested funds we got as the award for the Best Technological Innovation of 2018 and the funds from the ENECA contest “Start Up for Your Business”. We have also talked to several foundations which provide funds for startups in Europe, but our development is primarily based on the possibility of selling what we produce – eKapija’s interviewee says.

As for other news when it comes to their operations in the past year, Lana Popovic Maneski says that there have been no new employments, as the project of the Innovation Fund lasted until January 31. Once the sale of the devices reaches the planned level, they will employ another two engineers for software development and technical support. So far, they have also hired professional support of experts from the Pupin Institute for the development of the prototype that is being certified.

In the upcoming period, they plan to complete the certification and contract annual sale to industrial partners.

– We will also apply for Horizon 2020 projects and we will also carry out a marketing campaign and develop smart suits which integrate stimulators electrodes and body sensors. Our main direction is to prove the positive effects of the application of MOTIMOVE and reduce the risk of secondary complications, as well as to prevent the possibility of an increase in the degree of disability – eKapija’s interviewee announces.