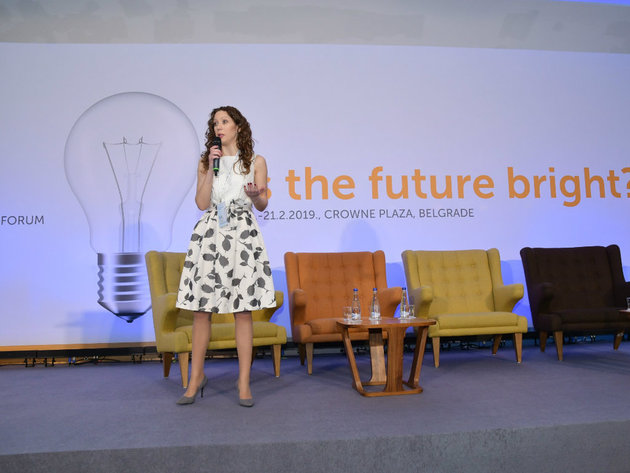 Marina Franolic
The most important names of the hotel industry gathered at Hotel Crowne Plaza in Belgrade on February 20-21 within the Adria Hotel Forum. The main topic of this year’s conference was “Is the Future Bright?”, and judging by the number of attendees at the forum, which brought together over 350 participants from 20 countries this year, despite numerous problems, the future of the region is indeed bright.

This was the seventh Adria Hotel Forum. After six years in Zagreb, Belgrade hosted the biggest hotel investment conference.

– I have to say that all those who have visited the Adria Hotel Forum before have said that this is the best conference so far. This confirms that we are getting better each year. Of course, the overall impression is boosted by the fact that the conference is held at Hotel Crowne Plaza, this whole environment, but also that we have moved to Belgrade and managed to realize a conference that can match the previous once and perhaps even surpass them. So, the impressions are truly great – the organizer of the conference, Marina Franolic, told eKapija.

As she says, the success of this year’s conference proves that they were not wrong to move the conference to Belgrade.

Considering that this is an investment conference, the main question is whether Serbia and the region can expect a new investment within the hotel industry any time soon.

– All those negotiations are ongoing and I think it’s up to the investors to make such announcements. There have not been any official announcements so far, but I can see that there are intensive negotiations, so I hope that we will soon be able to come out with some news – Franolic points out. 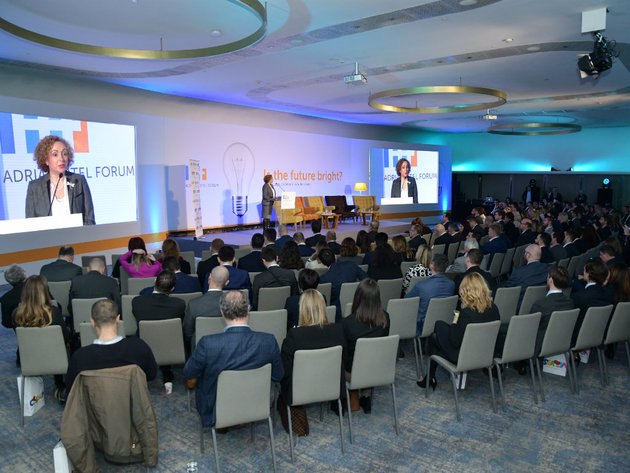 Marija Labovic
At the opening of the forum, Franolic pointed out that investors were very interested in investing in the region, as shown by the presence of a large number of international funds at the conference. Still, as she says, the question remains what we can offer them, since the market is global and since the region is competing with the whole world. She also pointed to the lack of labor force in the hotel business, which is a great problem in the region today.

Zivorad Vasic, the Regional General Manager of the Intercontinental Hotels Group, agrees with this. He says that there is a great problem with the lack of labor force in the hotel business and that solutions must be found for keeping the young from seeking jobs outside their country. He pointed out the importance of the conference, which, as he says, is a great success for Belgrade and Serbia, as the panels feature the biggest names in the hotel industry.

Marija Labovic, the director of the Tourism Organization of Serbia, said that the Serbian capital had realized its best results ever in 2018. She reminded that, only 10 years before, there had been only one international hotel brand operating in Belgrade, whereas most of the well known international hotel brands were present in the Serbian capital now.

– In 2018 alone, 23 new hotels opened in Serbia. The number of local investors is increasing as well, and what’s especially important is that hotels are not just being opened in Belgrade, but throughout the country – Labovic emphasized.

The Adria Hotel Forum had a very good program and large number of panels this year as well. On the first day, the participants discussed the numbers, the statistics and what the hotel industry could expect in the next period. They tried to answer the main question of the conference: “Is the future bright?”

– On the first day, we had a great presentation by Sergei Guriev, the EBRD chief economist, who said that the future was bright. When it comes to the impressions of the participants of the conference, I believe that we are heading in the right direction – Marina Franolic told us. 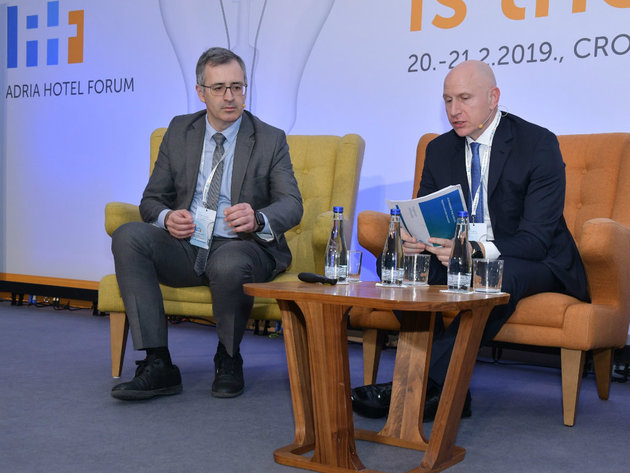 Sergei Guriev and Slavko Caric
At the panel called “Economic Forecast – Are we Looking at a New Crisis in 2020?”, Guriev said in his conversation with Slavko Caric, the president of the Executive Board of Erste Bank Serbia, that the biggest danger to the world economy was the potential escalation of the trade war between the United States of America and China.

– In an extreme scenario, the escalation of trade wars could have a deep impact on the global economy – he said.

Still, as he pointed out, the projections for Eastern and Central Europe are more optimistic, as the potential trade war would not have such a great impact on countries such as Serbia and Poland.

– We can never be sure whether a crisis will occur or not, but from what we know at the moment, I’d say that it won’t – Guriev said.