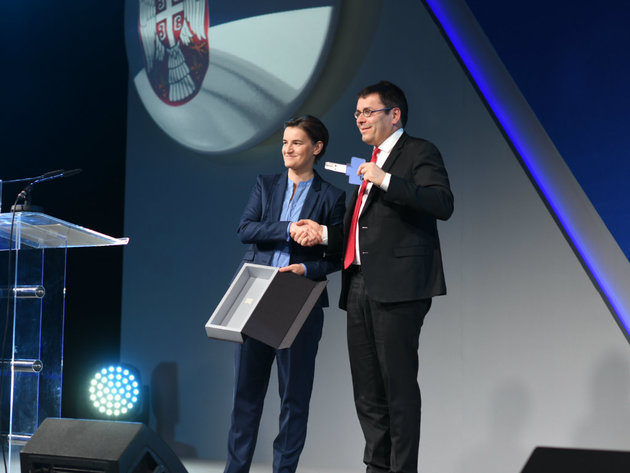 The chairman of Vinci Airports, Nicolas Notebaerts, reminded that the concession and the operations had in fact begun in December, but said that a project of this scope required a special celebration day. As he pointed out, Serbia has a lot to offer, and Vinci will do everything it can for the rest of the world to see it. He said that he firmly believed in the development potential of the Belgrade Airport.

– This is the reason why I hope that, in the next 25 years, we will be an example of a good partner to Serbia’s economy, which will, in cooperation with the competent institutions of Serbia, fortify the position of Nikola Tesla as the leading airport in the Balkans – Notebaert said.

In order for this ambition to come true, Nicolas Notebaert announced an investments plan of more than EUR 730 million, which is the amount to be invested during the concession in upgrading and modernizing the airport, with the aim of having the number of passengers served each year increase from five to fifteen million by the end of the concession.

– We will develop the transport, but we will do so in a careful and sustainable manner. With its dedication to sustainability, Vinci Airports will enable the Nikola Tesla Airport to become an example of corporate responsibility through the development and strengthening of security and safety standards and by turning the airport into a European example in the field of environmental protection – he said.

He pointed out that Serbia was a country with rich cultural and historical heritage and that it had also achieved significant economic results in the preceding period.