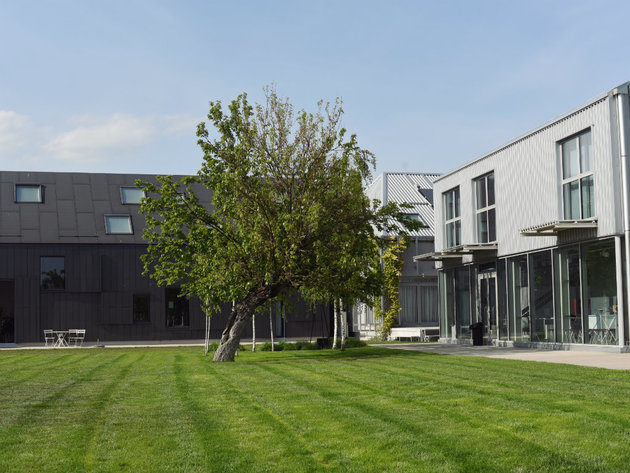 (Photo: Branislava Brandić)
At the time when Serbian villages are being abandoned and when the rural populace is getting older, a whole new community has been formed in the small Vojvodina village of Mokrin, near Kikinda, which is “threatening” to fully revive this rural area. Thanks to the Mokrin House project, this village has become known throughout Serbia, and business people from all over the world choose increasingly often to escape the city life and move their business to Mokrin, at least for a while. Everyone is welcome here – whether they want to stay for a day, a month, or a year.

The leader of the Mokrin House project is Ivan Brkljac, a young man who, having spent nine years abroad, returned to Serbia, where he dedicated himself to the development of a whole new concept – tourism for digital nomads. As he says in his interview with eKapija, he has always believed that he belongs in this kind of environment, so his decision to return was entirely natural.

– I have always wanted to go back to Serbia, because I believe that I belong in this cultural context. Serbia is not the best country, but is far from being the worst. Can it be better? Of course it can, but we all have to work on it collectively. I believe that I belong here and that I understand people here better. That's why I want to work on a better future. I didn't want to live as a foreigner for the rest of my life – Ivan Brkljac says for eKapija.

Revitalization of rural areas as the guiding idea

– Digital nomads are professionals whose business is not rooted in a single place or a traditional office. They can “pack up” their business, so to say, and work from any place that has a stable internet connection. Today, there are millions of people who do not have a home or a fixed location, instead traveling from place to place, staying everywhere for a few months and then moving on – Brkljac explains. 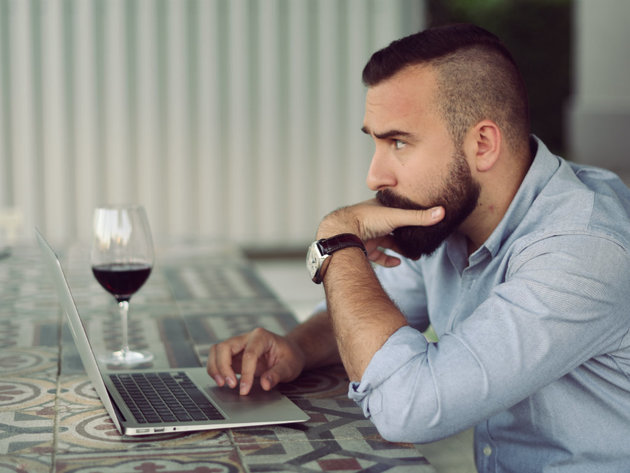 Ivan Brkljac
As he points out, the main idea behind Mokrin House is to revitalize rural areas through a whole new model.

– Today, thanks to the technology, it's possible to be relevant from any corner of the planet. People no longer have to go to the city for their job. What, then, is the main difference between the life in the city and the life in the village? The difference is in the disparity in the amounts of cultural and art events and education facilities. That is why we are trying to establish a community in Mokrin, but also to provide this community with features that increase the quality of life.

Room for work, accommodation and rest

All visitors are provided with six facilities at Mokrin House, as well as a separate farm, located about 400 meters from the property itself. It can currently host 35 to 40 people, although they have hosted events with many more visitors. There are premises for work, accommodation, relaxation... Guests are provided with everything they need to feel comfortable. As our interviewee says, perhaps the most special feature of the complex is its location.

– When people come here, they feel isolated in a good way, which enables them to fully focus on their work. This is supported by the design of the facility, which is meant to provide the optimal working experience. We try to add our hospitality and service to this, along with quality organic homemade food. All this combined makes for a unique experience that makes our facility special – Ivan Brkljac says. 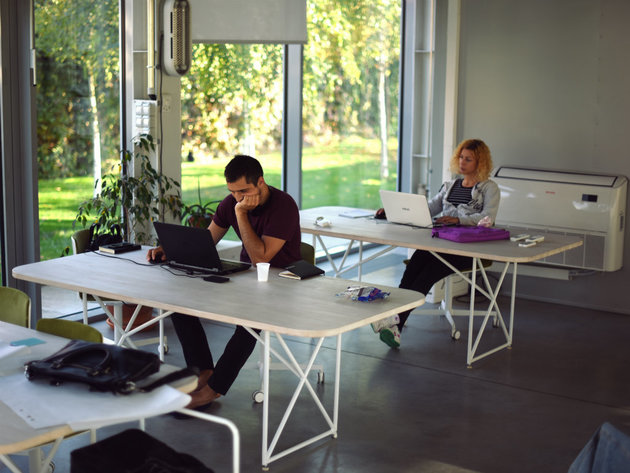 (Photo: Branislava Brandić)
The design and the architectural features of Mokrin House is the work of AUTORI, an initially unknown studio, now one of the most renowned architectural studios in Serbia.

– Initially, there were only students with incredible energy, and out project was their first proper design. Today, they are reputable architects with plenty of experience and numerous awards won – eKapija's interviewee says.

Twenty people are employed within the Mokrin House complex in the sectors of maintenance, hospitality, bar and kitchen operations and management.

Two and a half years since the opening, the figures speak to the success of Mokrin House.

– Over 1,000 individuals from over 50 countries, as well as 4,500 people within various groups, have visited Mokrin so far. All those people spent the night here. Thanks to various workshops, plays and concerts, over 30,000 people have passed through Mokrin House. When it comes to individual visits, we are especially proud that the average stay is 17.1 days, and the number is growing year after year – Ivan Brkljac points out.

Mokrin as a global village

The idea behind the project is for Mokrin to become a true global village, and the number of people that have already visited it shows that it is already happening.

– Our idea is for Mokrin to be visited regularly by people from Ireland, Italy, America etc. one day. A true global village will be formed once the old and the new residents of Mokrin feel equally at home here – Brkljac says.

An inevitable part of this story is the local populace, that is, their integration in the Mokrin House project. There are events meant exclusively for citizens of Mokrin, and when events meant for everyone are organized, local residents are always given an advantage, our interviewee says.

– One example of ours trying to be useful in the local community is that we let everyone from the Municipality of Kikinda to use working space without a fee. 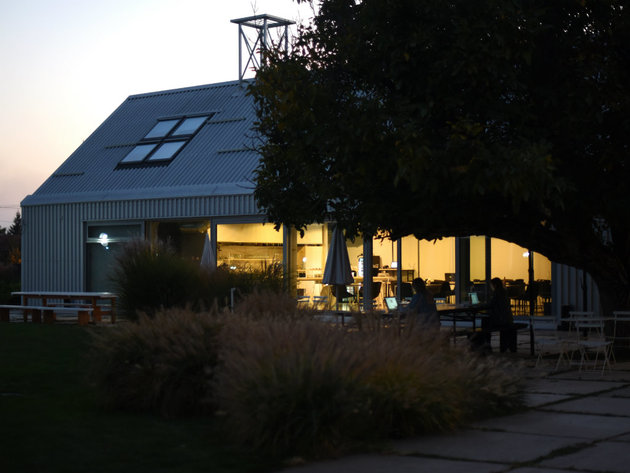 (Photo: Branislava Brandić)
Numerous workshops are also organized in Mokrin, meant for all segments of the society.

– Last year, we organized close to 200 events, whereas, in 2017, there were around 150. These include the programming school for children, TEDx lectures and various creative/educational/motivational workshops. It was important for us to include the local community in all our projects. To that end, we've made all events either free or less expensive for local residents compared to other participants – Ivan Brkljac says.

When asked whether the tourism for nomads is a new opportunity for the development of Serbian villages, our interviewee says:

– Yes and no. We have found our niche. I believe that all rural areas need to find their own.

The Mokrin House project has made a lot of impact in Serbia, as seen from the number of visits and the numerous acknowledgments.

– There are no similar projects in the region. In fact, there are only a few such project in the whole world. Mokrin House has received over 20 international and local awards for its design and its concept, so I'd say that the reactions have been very positive – Brkljac says.

When it comes to the plans for the future, the team behind Mokrin House first wants to meet its initial goal, which is a local expansion.

– We will then work on expanding this concept to other countries as well. As I've already mentioned, people can now work from any spot on the plant, and our goal is to establish a worldwide network of rural areas, as we believe that all people feel the need to go back to smaller places, some of them occasionally, some often and some perhaps permanently – Ivan Brkljac concludes his interview with eKapija.