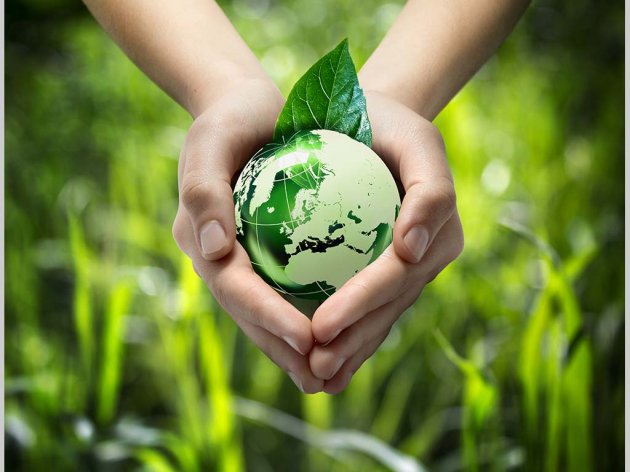 (Photo: Romolo Tavani/shutterstock.com)
The investment team of eKapija has analyzed and formed a ranking list of the investments and investment ideas that our users found the most interesting in 2018. The results are very interesting. Some are expected, although there are plenty of surprises too, which is why we’ve decided to share this information with you.

We present the most interesting projects in the ECOLOGY category.

Year after year, ecology and environmental protection are becoming increasingly prominent topics everywhere in the world, and Serbia is no exception. However, we can say that we are still far from being environmentally aware, although this can't continue for much longer if we aim to join the European Union. Serbia still has to deal with Chapter 27, perhaps the most expensive and demanding negotiation chapter, without whose opening we will not be able to continue on our path to the EU.

It must be said, however, that some progress has been made. In 2017, Serbia got the Ministry of Environmental Protection, and as minister Goran Trivan said, there were considerable advances made in the field of ecology in the year behind us.

In 2018, the Ministry of Environmental Protection of Serbia increased the surfaces of protected areas and the amount of pollution fees collected, and according to Trivan, the ministry also managed to raise people's awareness of the importance of a healthy environment. Trivan reminded that the campaign of removing and storing the old hazardous waste from companies in bankruptcy and restructuring had started and that Serbia was the first country in the region and the tenth in the world to submit Intended Nationally Determined Contributions to the reduction of GHG emission to the United Nations Framework Convention on Climate Change.

What marked the year behind us is certainly the campaign of charging for plastic bags at supermarkets throughout Serbia. As said, after only a few months, the use had dropped by 60%, and the Ministry announced at the time that a full ban was being considered.

When it comes to the activities related to environmental protection in Serbia, Goran Trivan also promised that the ministry would continue working on improving environmental protection in 2019 and that the biggest planned projects were the co-financing of the shutting down of furnace facilities, the management of packaging waste, the adoption of new laws, addressing the noise pollution issue, the construction of waste water treatment facilities...

It is precisely the construction of waste water treatment facilities that caused the most attention among eKapija's readers in 2018. But, let's start at the beginning. 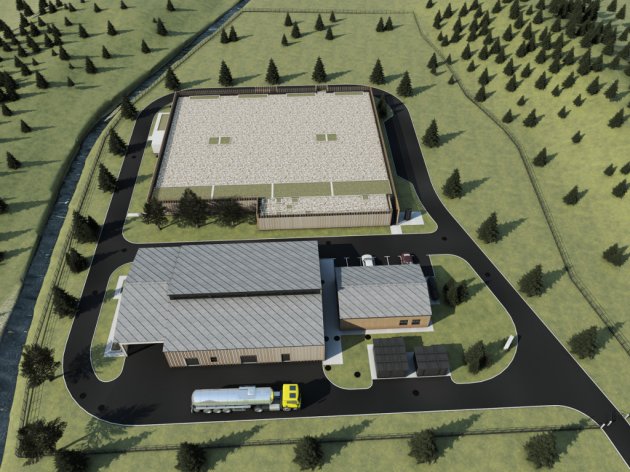 Obudovica facility on Zlatibor
The first place, same as last year, features the project of the construction of the Obudovica waste water treatment facility on Zlatibor. The construction of this facility began in November 2017, and eKapija wrote in May 2018 that the preparatory earth works for the laying of the foundations were in progress. The project was put in charge of the consortium of Jedinstvo Sevojno, Beohidro Belgrade and Hidroinzenjering Ljubljana. It was said at the time that the construction works would be completed in the autumn, and the value of one of the biggest ecological projects in Serbia is estimated at EUR 4.5 million. Test operations are expected in the spring of 2019.

The intention of Remondis Medison to establish a new facility for the treatment of medical waste in Serbia placed second on our list. The company's sales director, Miroslav Poznic, said in October that 11,000 m2 of land had been bought at the industrial zone in Zrenjanin, where a facility for the thermal treatment of expired medical drugs was to be raised. As he pointed out, the facility will also treat small lab animals and narcotics, helping solve the problem of this kind of waste in Serbia. The value of this investment, with an annual capacity of 1,500 tons, is EUR 1.6 million, and the opening of the facility will also create around 20 new jobs, it was announced at the time.

The third spot features the waste water treatment facility in Vrbas. This is one of the most expensive EU projects in Serbia, with around EUR 20 million invested in the construction. After seven years of demanding works, the first tests began in July 2018, and the facility has been collecting sewage from Kula and Vrbas since the spring of 2018. As said, all water from Crvenka, Kula and Vrbas will be filtered here and then released into the Great Backa Canal. 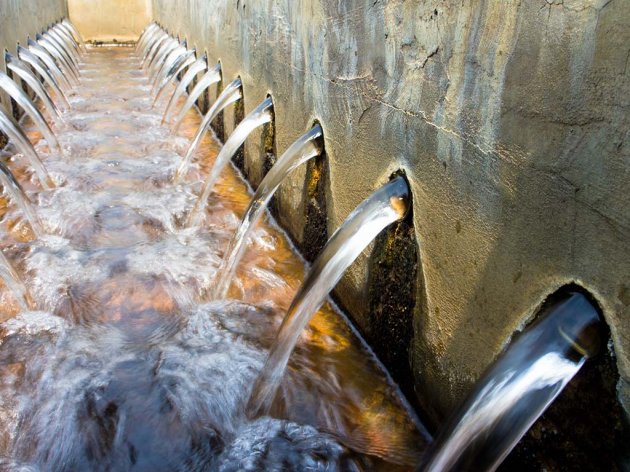 (Photo: gameanna/shutterstock.com)
The year behind us also saw the beginning of the construction of another waste water treatment facility, in the village of Rvati, Municipality of Raska. The project is worth EUR 6.2 million, and as announced, citizens living in areas downstream from Raska along the Ibar and in the Zapadna Morava basin will also benefit from this project, which placed fourth on our list.

The fifth spot belongs to Beovrt, which has been welcoming its clients at a new location in Ostruznica since last year. At the new location, clients can see various plant species which could potentially be a part of a certain project, but also get advice for developing private green areas. The company's activities include landscaping and maintenance of green areas, and since the building of residential-office complexes is on the rise in Belgrade, the development of green areas within such complexes is currently the most frequent type of landscaping at the company.

We return to waste water treatment facilities, this time in Vranje. Along with this facility, a collector will be built as well, and the project is worth EUR 14.2 million. As said during the signing of the agreement, the project is financed by KfW, and the contractors are Strabag and Jedinstvo Uzice. The project of the construction of the waste water treatment facility and the collector in Vranje placed sixth on our list.

Zrenjanin also has a waste water problem. Local residents often complain about the unpleasant smell coming from the Begej, caused by the closing of the navigation lock near Stajicevo, which has prevented the water from the Begej from flowing into the Tisa. The only way for this problem to be permanently solved is to build a waste water treatment facility, says the PUE Vode Vojvodine. The local self-government has therefore filed a request for the construction and management of a waste water treatment facility in the territory of Zrenjanin to the Government of Serbia. As said, the idea is for an agreement with a private partner that would invest funds in the construction of the facility to be signed for a period of 15 to 20 years, after which the facility would fully belong to the city. This project placed seventh. 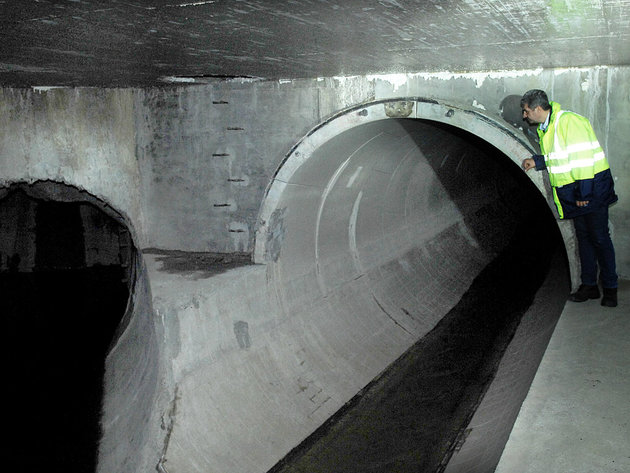 Zemun Polje-Danube collector (Photo: Beoinfo)
The eighth spot belongs to the construction of the Zemun Polje-Danube rain collector, which was commissioned in January 2018. The City of Belgrade invested RSD 3.2 billion in this project, which solved the problem of water not being drained from an area of around 2,500 hectares, covering Batajnica, Altina, the industrial zone along the highway and the Gornji Zemun business zone. The project entailed the laying of 3.5 kilometers of pipes, of which 2.7 kilometers were laid below the surface, at a depth of 10 to 26 meters.

The intention to have Novi Pazar, Raska and Tutin get a regional waste management center placed ninth. In May, minister Trivan visited Novi Pazar and talked with town officials about the solution to the problems of waste management and waste water treatment in this local community. On this occasion, it was announced that the treatment of the existing landfills would be systemically solved by establishing a regional center for waste management, which will encompass Novi Pazar, Tutin and Raska.

Take a look at our list of investments in the ECOLOGY category and compare it to your opinions, expectations and estimates.

Log in to view complete information:
Forgot your password? Click here HERE
For free test use, click HERE
Latest
Most read
Special Edition Newsletter “Real Estate and Construction – Demand for Floor Area Drives New Investments” on October 21 at eKapija 23.09.2021.
Companies in Serbia Employ 3.7% Workers More Last Year Than in 2019 23.09.2021.
New Industrial Zone on 9 Hectares to be Built in Mionica – Negotiations with Five Investors on Opening New Factories Already in Progress 23.09.2021.
EBRD Opens Two Tenders for Serbian Railways Infrastructure’s Purposes 23.09.2021.
Construction of Hotel Complex on 1.74 Hectares Planned on the Danube Near Golubac – Municipality to Provide Land to Investor Without Compensation 22.09.2021.
The end of "Raft city"? - Lukas, Pirana and other cult Belgrade nightclubs of the '90s for sale 16.09.2021.
Companies in Serbia Employ 3.7% Workers More Last Year Than in 2019 23.09.2021.
City of Belgrade Selling Building Land in New Belgrade and Near Nikola Tesla Airport 22.09.2021.
Weather
Weather forecast