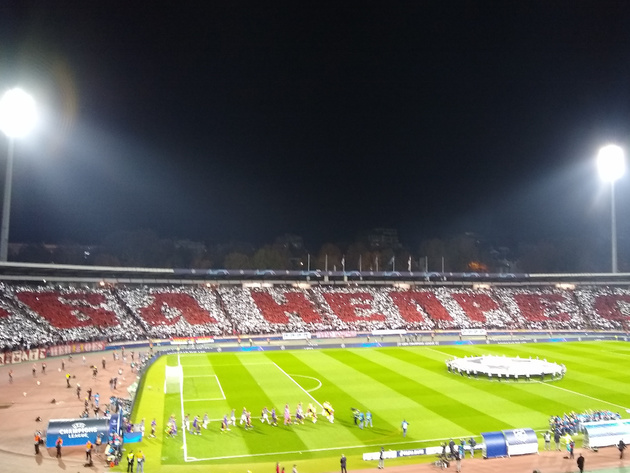 (Photo: Mirko Radonjić)
The investment team of eKapija has analyzed and formed a ranking list of the investments and investment ideas that our users found the most interesting in 2018. The results are very interesting. Some are expected, although there are plenty of surprises too, which is why we’ve decided to share this information with you.

We present the most interesting projects in the SPORT category.

The Football World Cup, Red Star Belgrade's qualification for the Champions League, the triumph of the female national volleyball team, the return of Novak Djokovic to the throne, the domination of the Serbian water polo team – these are just some of the events that marked the year behind us. Sports successes and victories made people in Serbia very happy in 2018.

After a crisis in 2017 and an elbow surgery in early 2018, Novak Djokovic had a miraculous return to form, climbing back to the top from the 22nd place on the ATP list. He won two Grand Slams in 2018, the Wimbledon and the US Open, but a much more important event was his Cincinnati Masters victory, which earned him the so-called Golden Masters.

Although he didn't manage to end the year with a trophy at the final Masters tournament in London, the year 2018 definitely belongs to him, as he finished the season as the first on the ATP list, ahead of his strongest rivals, Rafael Nadal and Roger Federer.

Serbia played the World Cup after eight years, but the national team under Mladen Krstajic failed to do much. Ahead of the Cup, there was a lot of public discussion about why certain players were included or excluded from the team.

After two and a half decades, Red Star Belgrade made a comeback, qualifying for UEFA Champions League. The club found itself in the same group with strong competitors Liverpool, Napoli and Paris Saint-Germain in the group stage, but the victory against Liverpool and the draw with Napoli dispelled any doubts.

After that, Serbia, Greece, Bulgaria and Romania confirmed their joint candidacy for the organization of the 2028 European Championship and the 2030 World Cup.

The female national volleyball team of Serbia won its first World Championship. After five victories and two defeats, they beat Italy and Japan in the third phase and then scored a victory against the Netherlands in the semi-final. Another victory against Italy in the final earned them the title of the World Champions.

It remains to be seen whether this will change in 2019.

The story of the national stadium placed first this year. As the football team once again became the focus of attention, local politicians reactivated the topic. Throughout the years, the potential location kept changing, as did the value of the investment. As President Aleksandar Vucic announced recently, the construction of the national football stadium in Ostruznica will begin in September 2019. The investment is worth 200 to 250 million euros, according to him. 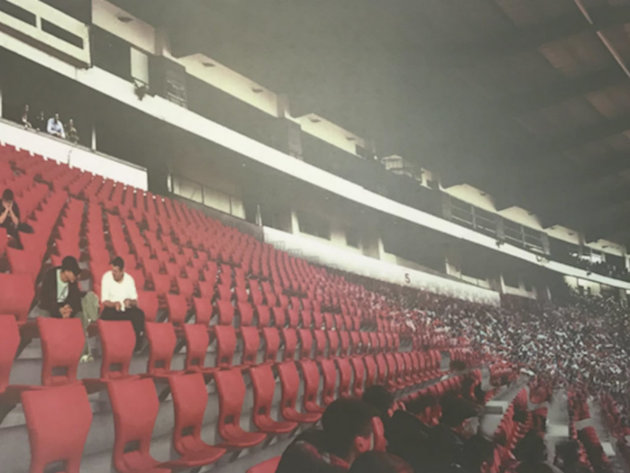 After the autumn season in Europe, the football club got a green light for the adaptation of its stadium, and there were also speculations about the construction of a new one. Red Star Belgrade first started looking for the designer of the reconstruction of the Rajko Mitic stadium. In mid-September, the general director of Red Star Belgrade, Zvezdan Terzic, announced additional works on adapting the stadium to EU standards, but also emphasized that the demolition is inevitable. As he said, a new stadium will need to be built, as the old one “is unsuitable for any kind of reconstruction, and UEFA will only get more demanding with time”.

The plans for the Sports Center Sajmiste in Novi Sad placed third on our list. The Detailed Regulation Plan of this area entails the construction of indoor and outdoor sports facilities, as well as additional features. In addition to the existing sports feature, the plan is to build new ones – athletic grounds, as well as a public garage on the corner of Hajduk Veljkova and Micurinova streets. 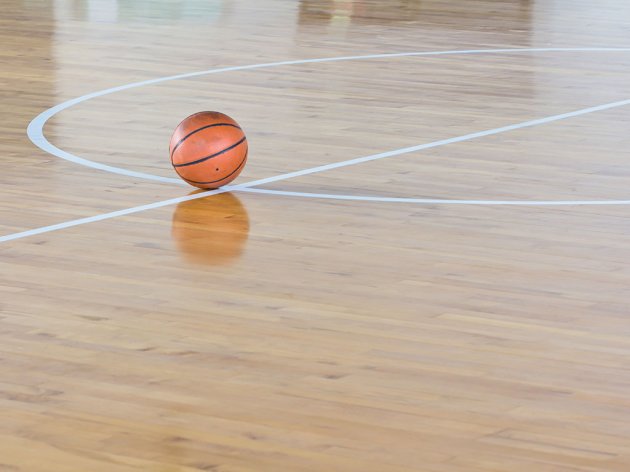 (Photo: Torsak Thammachote/shutterstock.com)
Basketball placed fourth on our list. In the year behind us, the tendering procedure for the preparation of the project documentation for the construction of the National Training Center for basketball started. The facility should be located in the Belgrade municipality of Palilula, within the spatial unit between Mitropolita Petra, Carlija Caplina, Mije Kovacevica and Dragoslava Srejovica streets, close to the Aleksandar Nikolic hall (former Pionir). It should have an area of 3,884.80 m2 and two floors. A parking lot with 64 parking spaces, with bus access, is planned in front of the facility. The center will consist of two main units – a sports hall with rooms for athletes and coaches and side features.

The center is meant for the training of all national basketball teams.

The idea of the golf center in Baranda placed fifth. The plan encompasses an area of 140.47 ha outside the building areas in Baranda and Opovo, along the road connecting Opovo and Debeljaca. The area is undeveloped and consists primarily of farming land and canals. In line with this, 4 functional units should be formed: sports and recreation zone, business zone, transport infrastructure and water structures. An 18-hole golf course would be the main attraction here.

Other sports courts and training grounds, as well as a sports education center would be built here. Guests will be provided with accommodation capacities and restaurants, and the complex will also feature footpaths and bicycle lanes. 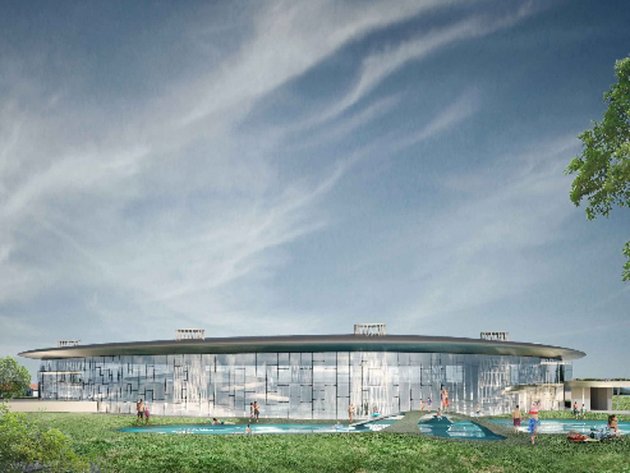 Once the reconstruction is completed, the number of seats will be increased from 6,200 to 9,500. 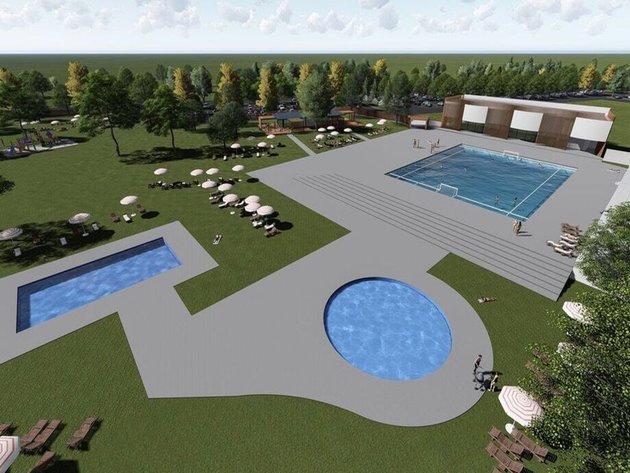 Future look of the pool in Kula
The list closes with the construction of the sports and recreation center in Kula, which will contain swimming and recreation features primarily. Various outdoor and indoor features are planned as well. In the first phase, as specified, the plan is to build a water polo pool, a restaurant, a shop, a pool for children and non-swimmers, a beach volleyball court, a part of access routes, a parking lot and an energy unit.

Take a look at our list of investments in the SPORT category and compare it to your opinions, expectations and estimates.

Log in to view complete information:
Forgot your password? Click here HERE
For free test use, click HERE
Latest
Most read
Law on Loan from German KfW Bank for Reconstruction of VMA Building Adopted – Energy Efficiency Worth EUR 50 Million 26.02.2021.
BRNABIC: Serbia Not to Export Lithium as a Raw Material 26.02.2021.
New Measures from the Crisis Response Team – Shopping Centers, Cafes and Restaurants Open Until 2 PM This Weekend 26.02.2021.
Tender for Contractor for Building of Nis-Dimitrovgrad Gas Interconnection Next Week 26.02.2021.
Swiss Textile Company Albiro to Establish Regional Logistics Center in Uzice – New Owner of Kadinjaca Factory to Invest in the City on the Djetinja River 25.02.2021.
Third BG Subway Line from New Belgrade to Banjica to Have 21 Stations – Detailed Route Presented 25.02.2021.
Tender for Contractor for Building of Nis-Dimitrovgrad Gas Interconnection Next Week 26.02.2021.
Stara Planina waiting for investors – Four locations in Jabucko Ravniste ready for construction of hotels and apartments 18.05.2017.
Weather
Weather forecast