2018 RETROSPECTIVE – Investments and plans in TOURISM, ENTERTAINMENT & RECREATION most interesting to users of eKapija 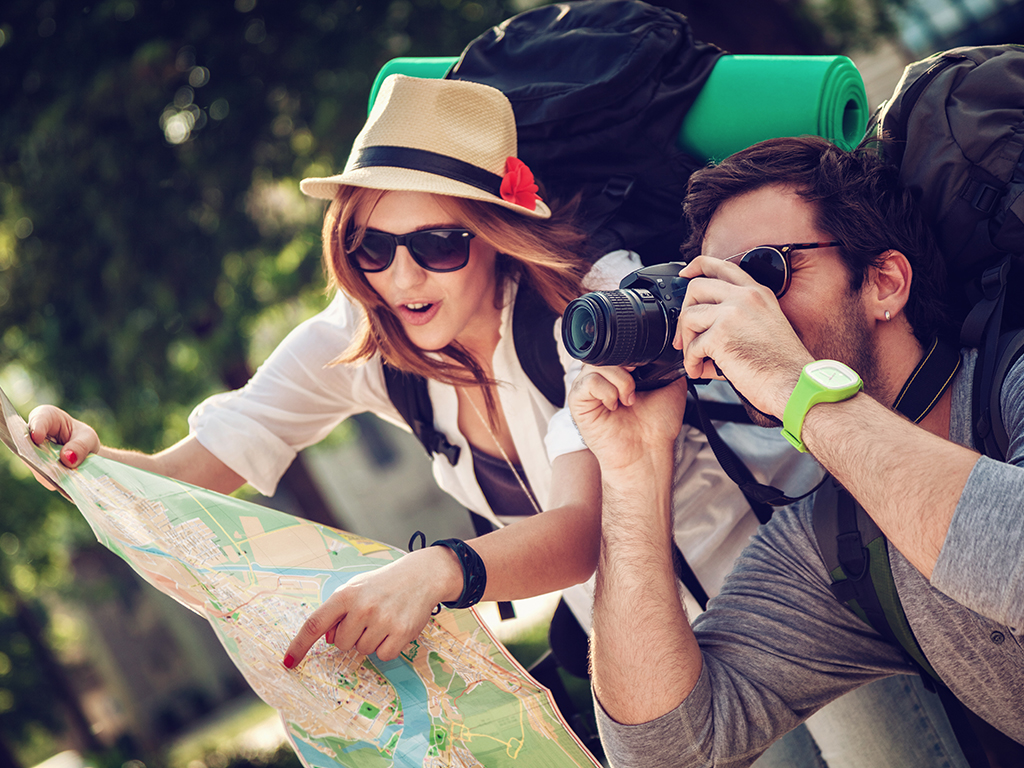 Illustration (Photo: zeljkodan/shutterstock.com)
The investment team of eKapija has analyzed and formed a ranking list of the investments and investment ideas that our users found the most interesting in 2018. The results are very interesting. Some are expected, although there are plenty of surprises too, which is why we’ve decided to share this information with you.

We present the most interesting projects in the TOURISM, ENTERTAINMENT & RECREATION category.

The trend of ever increasing investments in tourism and tourist facilities continued in 2018. In the year behind us, certain project initiated in 2017 were completed, and new investments, yet to be realized, were announced.

Despite the arrival of large hotel chains to Serbia and the opening of new hotels, Belgrade is estimated to need another 3,000 hotel rooms, which means that new investments can be expected in the year ahead of us. The reason for this is the increasingly large number of foreign tourists visiting the Serbian capital, as shown by the reports which deem 2018 the record year when it comes to the development of tourism in Serbia.

As said, all kinds of records were broken – in the number of overnight stays and the visits of local and foreign tourists. According to the Ministry of Trade, Tourism and Telecommunications, Serbia was visited by around 3 million tourists in 2018, whereas the revenues amounted to around EUR 1.35 billion. A half of this number were foreign tourists, and the year behind us also saw an increasing interest in Serbian spas. In addition to Vrnjacka Banja, Sokobanja was also one of the five most visited travel destinations.

All things considered, it seems that the development of spa tourism will remain in focus in 2019. Minister of Tourism of Serbia Rasim Ljajic said that new evaluations of 27 spas in Serbia would be done in 2019 and that there were those interested in greenfield investments in spas, but also that Azerbaijan had shown an interest in investing in spa tourism.

But, let’s go back to the investments that marked 2018. 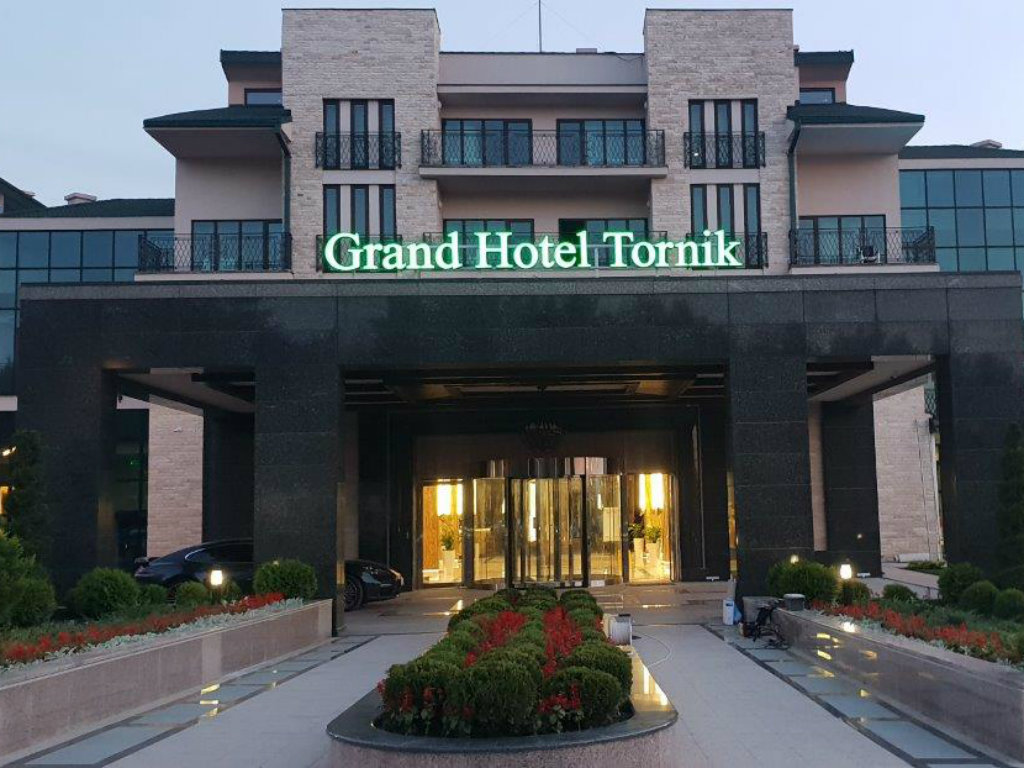 Grand Hotel Tornik
At the top of the list is Grand Hotel Tornik Zlatibor, which opened in early June. This is a luxury 5-star hotel with 129 accommodation units. It offers a restaurant, a lobby and a wine bar and a congress center on 400 m2, featuring the latest technology. There’s also the 2,250-m2 spa and wellness center with 2 large pools kept at a constant temperature of 30 degrees Celsius, a jacuzzi, 7 massage rooms, a relax room, a Finnish sauna, a bio sauna, a Russian spa, attraction shower heads, Vichy massage rooms and other features. A Hoteli Group has announced the opening of Hotel Tornik Sky in early 2019. It will feature 220 rooms, a huge conference hall, a rotating restaurant and a heliport.

The second spot features Hotel Mona on Zlatibor. The CEO of Mona Hotel Management, Ivan Vitorovic, announced that this hotel will be reconstructed again in 2020, its third reconstruction since the takeover by Mona. He also announced at the time that the company negotiated with another two hotels in Serbia about the franchising. Those facilities could also become Mona Plaza under management contracts.

We’re still on Zlatibor, where the Novi Sad-based company Galens Invest started building the Zlatiborski Biser tourist complex in late 2017. The completion of the construction is planned for the very end of 2020, and the new tourist complex on Zlatibor will feature a 5-star hotel and an apartment section. The hotel will have 180 rooms, the congress center will have over 300 seats, and there will also be a children’s playroom, restaurants, a spa and wellness center, a café bar and a central hall of around 1,000 square meters. As for the apartment hotel, it should have 150 accommodation units. This investment placed third.

Last year’s winner, Hotel Sheraton in Novi Sad, placed fourth this year. This 4-star hotel opened in early March 2018. This is a EUR 12 million investment of MK Group and is a part of their strategy of expansion of the hotel business to the most attractive locations in the region. Sheraton will operate under the franchise of one of the most renowned hotel corporations in the world, Marriot International. It has four stars and 150 superior rooms, of which nine apartments and one presidential suite. 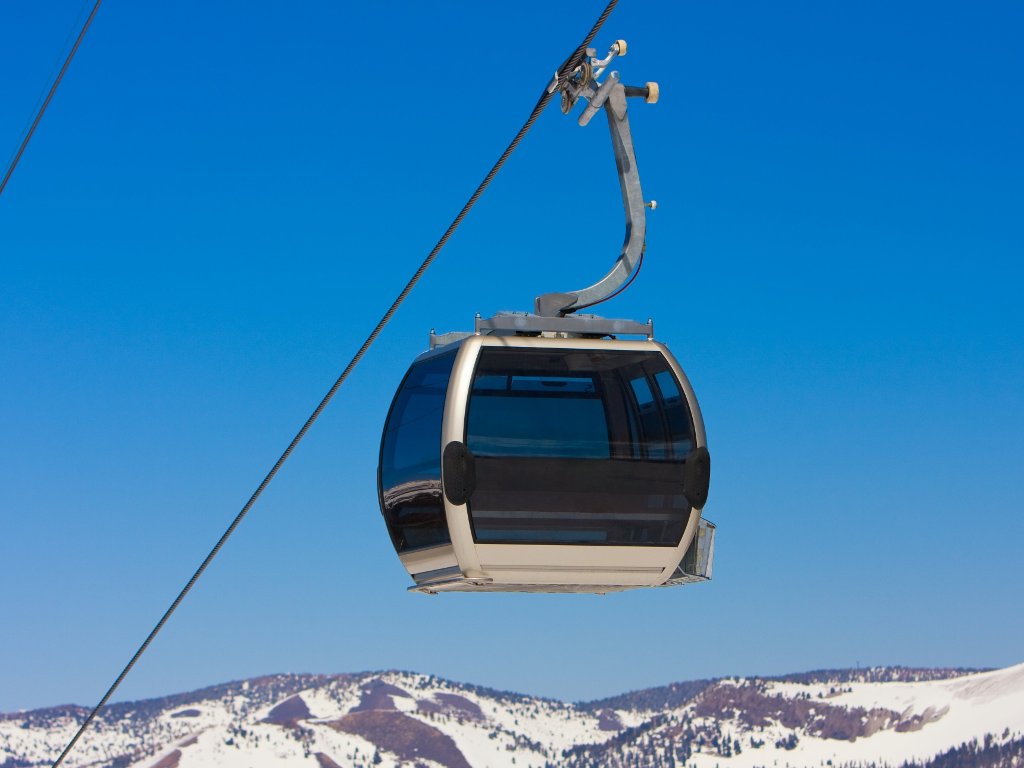 Illustration (Photo: EpicStockMedia/shutterstock.com)
The construction of the gondola which will connect Usce and Kalemegdan remained a current topic in 2018, but the project dropped to the fifth spot from the second one in the 2017 retrospective. As announced, the gondola will be built by the end of 2019 by three local companies, KOTO, Elkomsd and Del Ing, and an Italian one, Leitner S.p.A. Vipiten.

In mid July, the foundation stone for the construction of Hotel Merkur Palace was laid, placing sixth on our list. The future complex, the construction of which will cost around EUR 8 million, will take up 6,500 sqm and feature 58 rooms and apartments. Merkur Palace will provide health tourism services and feature a wellness and spa center with indoor and outdoor pools, massage and treatment rooms, a fitness center, a multifunctional hall and a medical unit with a full diagnostics and therapy service.

In 2018, the Serbian capital got another 5-star hotel, with Hotel Hilton opening for guests. The opening of this hotel placed seventh. It is located in the vicinity of the Slavija Square, has 242 rooms, including 19 apartments, as well as 656 sqm of space for meetings and a ball room. The hotel features spa treatment rooms, a sauna, a fitness center, as well as the Two Kings restaurant, which serves Serbian and international food. Furthermore, the topmost floor features a “sky lounge”, whose offer is based on Asian cuisine.

The eighth spot belongs to the first Indigo hotel, the opening of which has been announced for the autumn of 2019. This boutique hotel will be located in the city’s center, and this type of hotel reflects the local tradition and culture, “the pulse and the rhythm” of the place it is located in. Hotel Indigo Belgrade will have a total of 46 units, of which one apartment, of around 44 sqm, a room for people with disabilities and 44 standard rooms of 3 different types of 19 to 22 sqm.

The ninth spot features the hotel-tourist complex in Vrdnik. It will feature a hotel, ten pools, restaurants, a spa center, a salt room and tepidariums, all on 28,964 sqm. The construction has already started, and the features are expected to become available to guests in late 2019.

The City of Krusevac decided to invest in the development of the sports and recreation center Rasina on the coast of the eponymous river, and the investment placed tenth on our list. As announced, the future sports center will have around 77 hectares, and the plan includes the development of the coast, sports courts, an aqua park and zoo. Within several units, planned in the form of multifunctional parks, the construction of an adrenalin park that would feature various obstacle courses, artificial rocks and similar content is planned. Other potential features in clued a zip line, orienteering grounds, hanging bridges... As compatible features, the plan includes commercial facilities such as hotels, motels, apartments and wellness and spa centers. 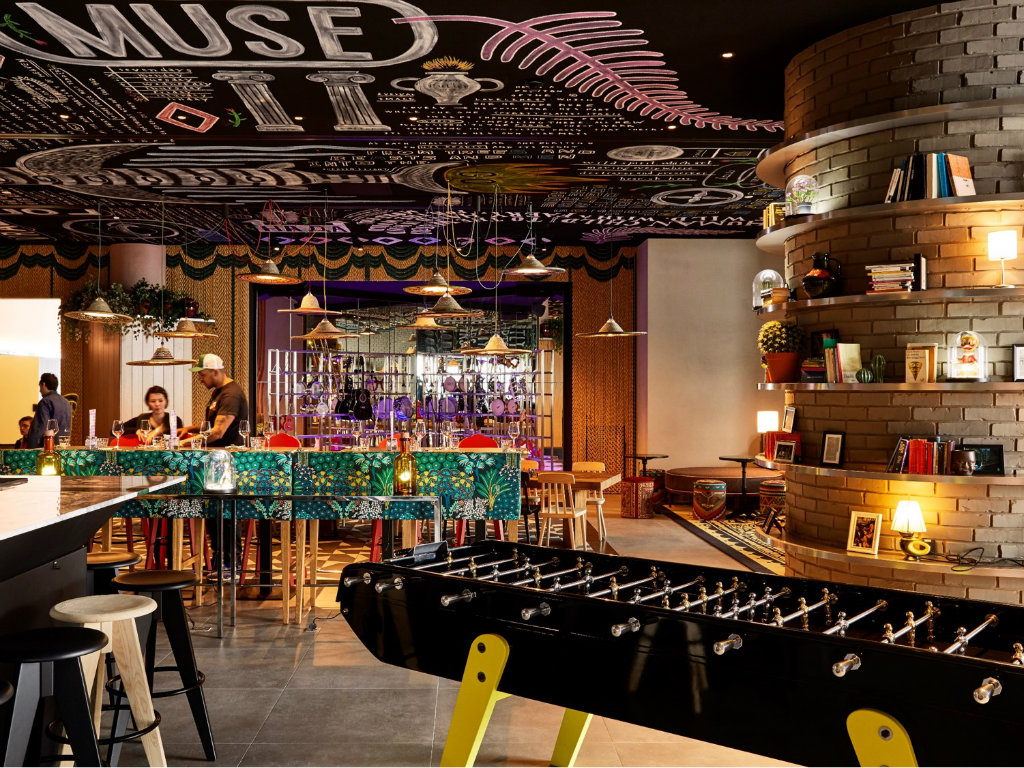 Hotel Mama Shelter
The first half of 2018 was reserved for the opening of new hotels, with March proving to be an especially active month. In addition to Sheraton and Hilton, Hotel Mama Shelter also opened for guests. Located in the very heart of the city, on the topmost (fourth) floor of the Rajiceva Shopping Center in Kneza Mihaila Street, the hotel aims to provide a domestic-like experience. Mama Shelter has 125 rooms, a large bar and a restaurant, as well as conference halls. The restaurant accounts for 56% of the hotel’s revenues, offering various specialties, pizza and many other international dishes. This investment placed 11th.

The Kosmaj mountain should get a wellness and spa center by the end of 2019, and the investors, Majpers Belgrade and its partner from Malta, also plan to build a water filling plant. Their idea is to build a thermal and outdoor pool, a Roman bath, rooms for physical therapy, apartments, a restaurant and a trim track in Koracica. This project placed 12th on our list.

The 13th spot belongs to the reconstruction of Hotel Fontana in Vrnjacka Banja. The renovation began on November 1, 2017, and the reconstructed hotel opened in the summer of 2018. EUR 7 million was invested in the reconstruction of the hotel, and the accommodation units, the restaurant, the lobby bar and the conference hall were all renovated. The hotel got a wellness and spa center, a fitness center and an indoor pool.

The Special Hospital Cigota, where investments in medical equipment and tourist features were made in 2018, placed 14th. Three new high-resolution ultrasound devices were procured, a wellness center was built, and considerable funds were also invested in the adaptation of the space, the reception area and the medical unit, as well as the construction of high quality accommodation capacities. 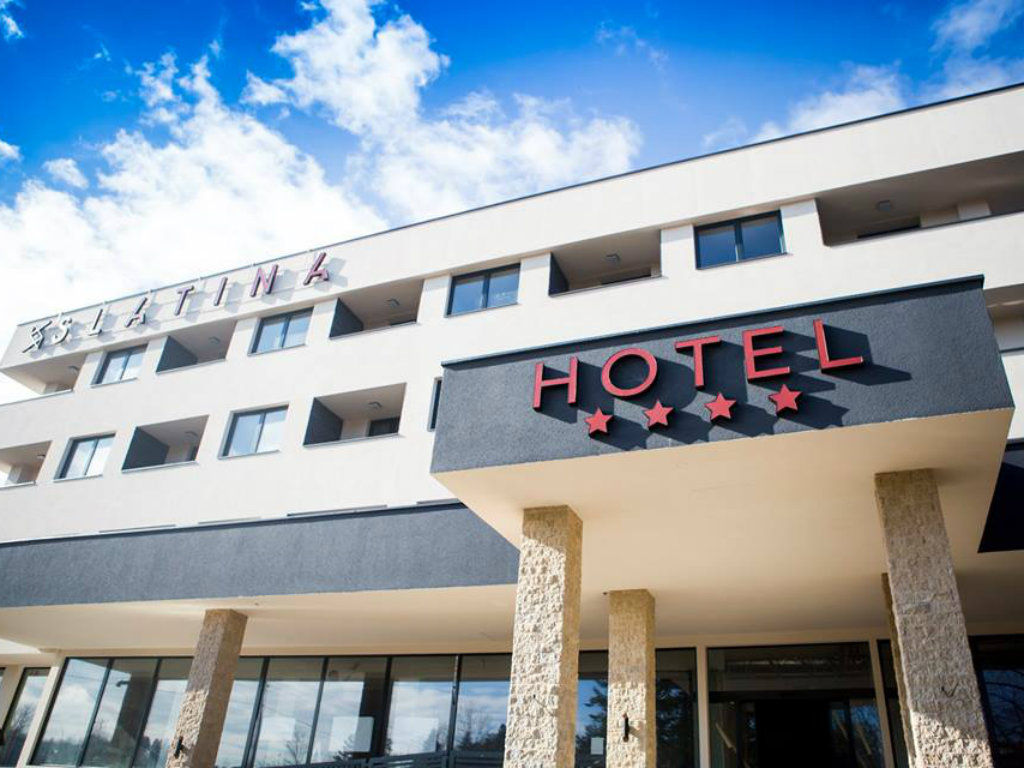 Hotel Slatina in Vrnjacka Banja
The intention of basketball player Milos Teodosic to build a hotel on Divcibare placed 16th on our list. The opening of Hotel Slatina in Vrnjacka Banja, in whose construction around EUR 2 million was invested, follows. In May 2018, new investments in Hotel Hyatt Regency Belgrade were announced, which should put this hotel among the 10 best Hyatt Regency hotels in the world.

The high-class hotel Saruna Wellness & Business opened in Ub, and the value of the investment has been estimated at RSD 100 million. The renovated Hotel Putnik on Kopaonik opened in December. The Sabac-based company Jovanovic invested EUR 10 million in its reconstruction.

We’ve come to the end of the list, which features the aqua park and the spa center in Palic (28th spot) and the Lozni Kalem aqua park in Nis (29th spot). However, the intention to build an aqua park in Niska Banja caused no interest among investors and there was no response to the two public calls for the construction of this facility in the Lozni Kalem neighborhood. The City of Nis announced that it would consider giving up on trying to find an investor and start the project as the main investor. The Nepalese Chaudhary Group announced the opening of a luxury wellness and spa center in Ruma (30th spot). Within the “Golija – From Planning to Development” project, it was announced that the eponymous mountain would become a center of sustainable tourism by 2022 (31st spot).

Take a look at our list of investments in the TOURISM, ENTERTAINMENT & RECREATION category and compare it to your opinions, expectations and estimates.

Also, have you seen which projects caused the most attention in the TRADE CENTERS, REAL ESTATE (residential and office space), PUBLIC UTILITY INFRASTRUCTURE & ENERGY, TRANSPORTATION, TELECOMMUNICATIONS & IT and INDUSTRY categories?