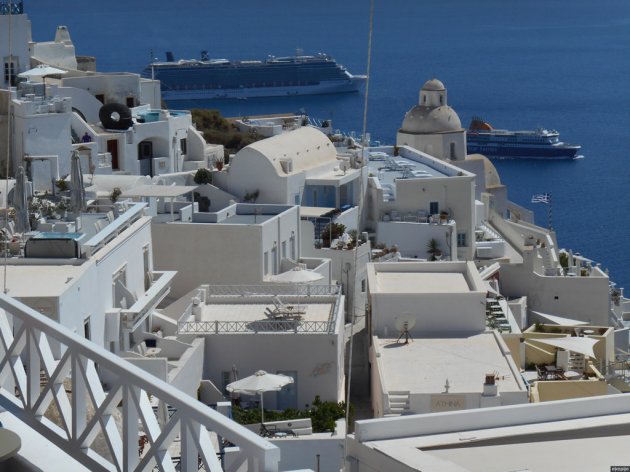 Santorini (Photo: Irina Milošević)
One of the most beautiful Greek islands, Santorini, is getting overcrowded with tourists, according to the European Parliament's Committee on Transport and Tourism (TRAN Committee). Santorini reached the maximum number of tourists, 5.5 million, in 2017, which is 66% more than in 2012, when there were “only” 3.3 million tourists.

Although the large number of tourists brings tens of millions of euros to the island, it also causes a whole range of environmental problems, water and power shortages and the doubling of illegal accommodation through Airbnb, which is of no benefit to the authorities. The most interesting thing is that tourists have begun complaining about the large crowds and traffic jams in the past years.

The European parliament claims that the problem is down to the Greek government, which needed to prepare the mechanisms to handle the projected number of tourists.

The lack of coordination between the local self-government and the Ministry of Tourism has led to a range of problems which will cost the Greek government more than it earns from tourism. This example should serve as a warning to other destinations in Greece, especially those in the Peloponnese, the European Parliament believes.
Companies:
Airbnb, Inc.
Tags:
Airbnb
European Parliament Committee on Transport and Tourism
TRAN Committee
Ministry of Tourism of Greece
number of tourists on Santorini
Santorini island
Santorini
Peloponnese
Share: