Twelve companies interested in construction of intermodal terminal in Batajnica 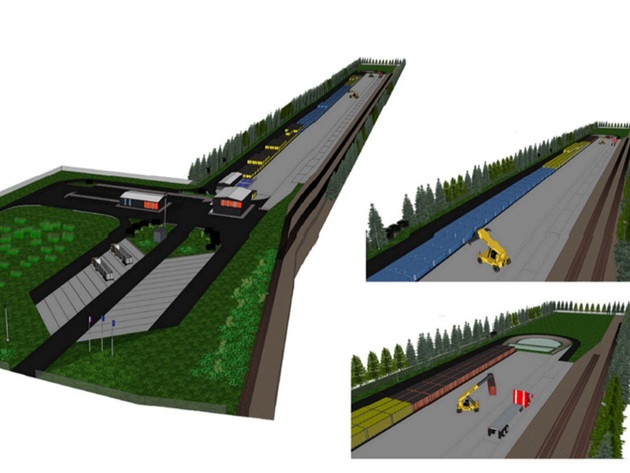 Their representatives were able to visit the location on Wednesday, January 16, 2019, following which the Ministry of Construction, Transport and Infrastructure and the Ministry of Finance, together with the City of Belgrade and the Belgrade Land Development Agency, held a meeting with potential bidders and provided them with additional information on the works and this project, the Agency says on its website.

The project is financed from the pre-accession fund of the European Union and the budget of the Republic of Serbia, whereas the City of Belgrade has provided the land, for which the Belgrade Land Development Public Agency has so far paid around RSD 450 million to the owners. The Ministry of Construction, together with the City of Belgrade, has been working on the realization of this project, a part of the future logistics center in Belgrade, for several years now through the Agency.

The current tendering procedure is being carried out in line with the FIDIC agreement and entails simultaneous planning and construction of the Batajnica Intermodal Terminal, which is supposed to integrate all the transportation sectors and increase Serbia’s attractiveness and competitiveness as a transit country by reducing the costs of transport and the environmental impact of heavy freight vehicles. The intermodal terminal will be equipped for the reloading and storage and link various types of transport, primarily road and rail transport.

As the Belgrade Land Development Public Agency announced, a total of three kilometers of roads and railway infrastructure will be built within the 10-ha complex. A special container storage platform will be built on an area of close to two hectares, and around 5 hectares will be left for free areas and developed green areas. The project also includes the construction of around 70 parking spaces.

During the construction of the intermodal terminal, a tendering procedure for the procurement of the equipment necessary for the functioning of the terminal will start. The preparations for the realization of the logistics center next to the terminal are also in progress. All logistics operations related to road and rail transport, such as forwarding, transporting and customs clearance, will be carried out there, and the center will also provide storage and maintenance services.