MIHAJLOVIC: Agreement on rail transport worth EUR 230 million to be signed with Russians 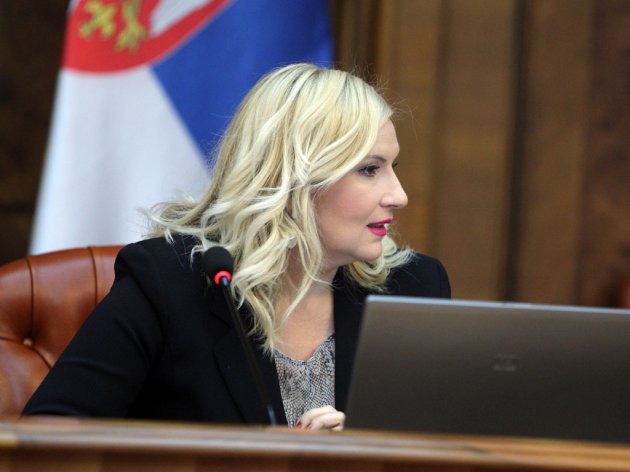 (Photo: mgsi.gov.rs)
Serbian Minister of Construction, Transport and Infrastructure Zorana Mihajlovic said that Serbia would sign an agreement on rail transport worth EUR 230 million with Russia on January 17, during the visit of Russian President Vladimir Putin. The agreement pertains to the works on the Stara Pazova-Novi Sad railway section, the construction of a single dispatch center for rail traffic control and the continuation of the rehabilitation of the Bar railway from Valjevo to Uzice.

– The agreement between the Infrastructure of Serbian Railways and RZD International is very important, as is Putin’s visit, which is also politically important, as Serbia needs to have good relations with the USA, Russia and China – the minister said on TV Prva.

Mihajlovic also called the Russian Railways one of the world’s best companies and said that Serbia had never had any bad experience cooperating with them. She pointed out that intensive investments in railways would continue and reminded that 77 kilometers of railways had been completed in 2018. She added that nearly 200 kilometers of the Bar railway remained to be rebuilt.

The minister also said that rail crossing in Serbia, of which there are around 2,000, would be treated in line with instructions by experts and that EUR 13 million had been set aside for that purpose. The Minister of Transport said that the Serbian Railways had to spend 250 to 300 million dinars a year to replace the stolen signalization on rail crossings.