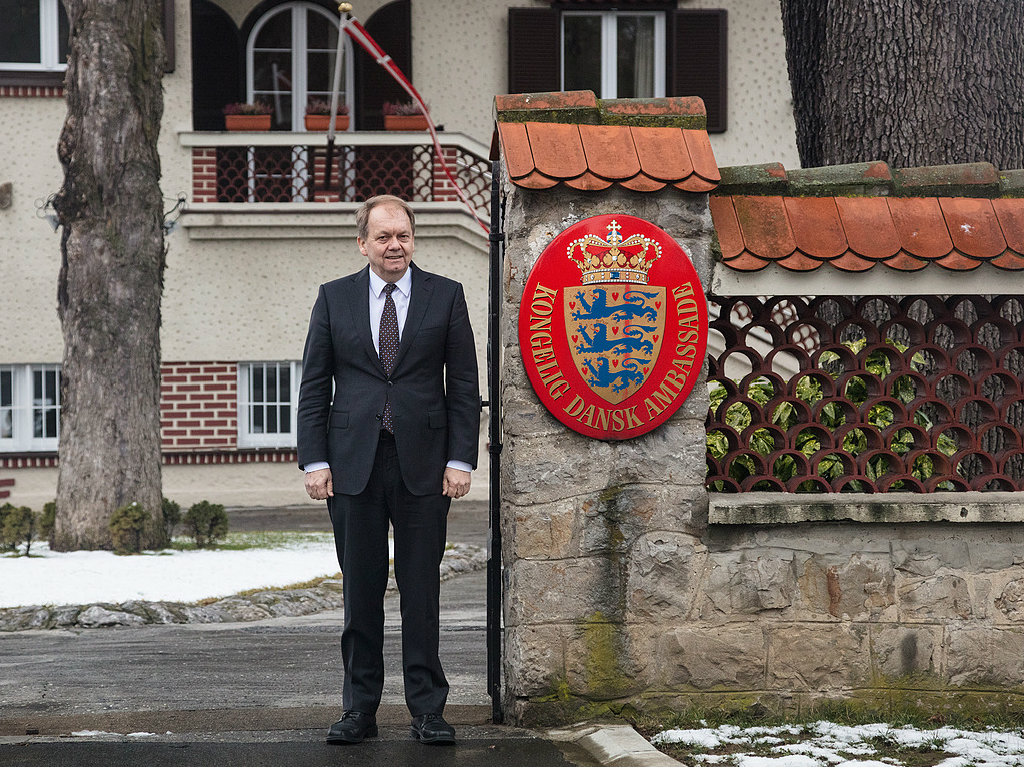 Anders Christian Hougaard
Danish Ambassador to Serbia Anders Christian Hougaard was born on March 31, 1954, in Randers, Denmark. His rich CV includes diplomatic posts in Danish embassies in Saudi Arabia, Pakistan, Russia and Croatia. He has earned an MA in Law degree at the Aarhus University in Denmark (1991) and a Master of Laws degree at the Harvard Law School (1999).

We asked Anders Christian Hougaard what the highlights of 2018 were according to him.


MOST IMPORTANT EVENT OF THE YEAR

– It would definitely be the visit of the Danish Foreign Minister at the end of November. The big impression of the Minister’s and delegation’s visit is the hospitality with which they were received, the level of collocutors and meaningful meetings.

MOST UNFAVORABLE EVENT OF THE YEAR

– Although not so much felt in Serbia, this summer was one of the warmest ever in a good part of Europe. This is certainly a harsh warning to the climate change we are all witnessing. I think it is high time to place additional efforts in protecting the environment for the sake of future generations.

PUBLIC PERSONALITY OF THE YEAR

– I very much follow sports and I am lucky to live in a country very inclined to sports. I love football most, so I would dedicate this section to the entire Red Star team which has achieved great result by qualifying to the first round of Champions League.

Of course, I also follow the successes of Novak Djokovic, so I am very happy he has shown to all how to regain no. 1 position.

– I would say the efforts to digitize the public administration. Denmark is the most digital country of the EU, which brings benefits not just to the citizens and the businesses, but lowers administrative costs as well. I really want to complement Serbian Government on this and support further efforts.

– In Denmark we tend to deal more with positive events, which might be the reason why we are among the happiest nations in the world! Instead of pure criticism, I would invite to the continuation of public-private dialogue with lots of proposals and solutions on the needs of citizens and businesses in Serbia.

YOUR EXPECTATIONS FOR THE YEAR 2019?

– I expect another great year with my team at the Embassy. We cover four countries, so we have a lot of work in all areas. I already look forward to the plans we have for next year, as I am convince they will contribute to strengthening ties between Denmark and all those countries.
Companies:
Ambasada Kraljevine Danske Beograd
Tags:
Embassy of Denmark in Serbia
Anders Christian Hougaard
Randers Denmark
highlights of 2018
most important event of the year 2018
most unfavorable event of the year 2018
public personality of the year 2018
best move of the government 2018
worst move of the government 2018
expectations for the year 2019
Share: