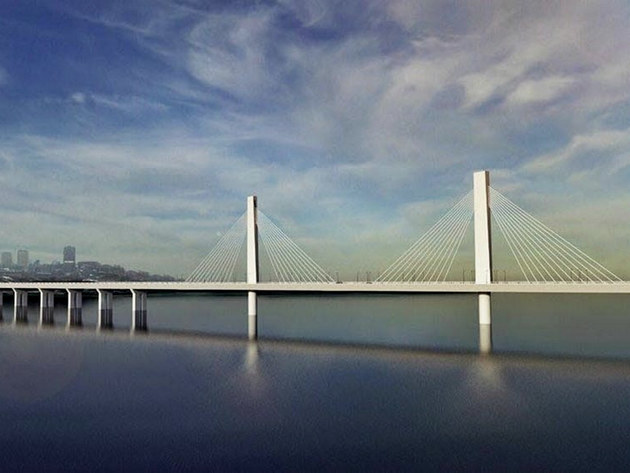 Previous solution for Ada Huja bridge (Photo: Beoinfo)
The president of the City Assembly of Belgrade, Nikola Nikodijevic, stated that the construction of the Sava bridge, near Belgrade Waterfront, would begin in 2019.

The bridge, which should have four traffic lanes and tram tracks, is to be built in the location of the Old Sava Bridge.

He also said that the designing of the tunnel which should connect the areas around the park in front of the Faculty of Economics and the police station in Despota Stefana Blvd was also planned.