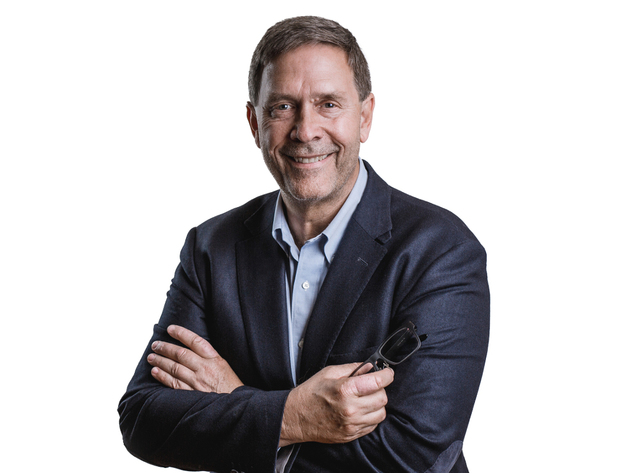 Philip Bay
Philip Bay is the founder and CEO of Clean Earth Capital with over 20 years of experience in the real estate industry from the region and abroad. He is an American citizen and a real-estate entrepreneur who has experience developing and advising many notable real estate projects in Southeast Europe, the US and Sri Lanka. He was the founder of Colliers International in Southeast Europe, the largest real estate advisory firm in the region during the late 1990s and up until 2010.

Philip personally won two MIPIM awards in Cannes, a CNBC Global award, ULI Global award and his project was the runner-up to the Aga Khan Award for 2013 together with Shigeru Ban. He was also the founder of the American Chamber of Commerce in Bulgaria (elected President and Treasurer), Macedonia, Yugoslavia/Serbia and Montenegro, as well as AMCHAM Albania (elected President).

He studied political science at the masters level at the University of Aarhus, Denmark; Southeast Asian Studies at Ecole des Hautes Etudes en Science Sociales in Paris, France; and Mediterranean & Adriatic Strategic Studies at the Interuniversity Center in Dubrovnik, SFR Yugoslavia. He speaks English, Danish, French, some Norwegian and Swedish. He is married and a father of four kids.

We asked Philip Bay what the highlights of 2018 were according to him.

MOST IMPORTANT EVENT OF THE YEAR

– When we had 370 workers, four general contractors and 37 subcontractors at our Novi Nis construction sites simultaneously on December 11, 2018. To have this many people work together on different projects, and work together seamlessly, was truly an event for us.

MOST UNFAVORABLE EVENT OF THE YEAR

– The fact that FIAT (FCA Serbia) did not decide to build a cool car or truck yet in Serbia. This is a huge mistake! If these Italians (and Americans) would just build a proper clone of the Jeep Cherokee, or a genuine pickup truck, every Serbian guy – and some women for sure --would mortgage their mothers to have a serious 4x4 that was made here properly.

PUBLIC PERSONALITY OF THE YEAR

– My favorite construction worker named Radoslav Blagojević, aka Rade. He is from Nis and he started out at the bottom of the food chain at the site doing the worst jobs and always being made fun of because he is short and somewhat overweight. He was not the alpha male at the site. Three months later he became a crane operator and a crucial member of the construction team. His perseverance, drive and tenacity to succeed and improve his position – with all the odds against him – impresses me every day that I am at the site. Rade is a hero for everyone and proves that no matter where you come from, or who you are, everyone can be a winner if they try.

– The government’s constant push to diversify the foreign investor base throughout the country, and the focus on building/organizing/incentivizing factories and production facilities to be as far away from Belgrade as possible. The smaller cities and towns of Serbia will remain viable if proper infrastructure is nearby, and job creation will at least minimize the attraction to always move to Belgrade when opportunity knocks.

– The lack of focus of the government to seriously incentivize young people to establish small businesses and become more entrepreneurial. 99% of young people just want a job, or leave the country. If Serbia is to become a stronger, more cohesive and dynamic society, more young people need to be entrepreneurs.

Government should offer young people under the age of 30 the possibility to have tax holidays for any company they establish, manage and own, for a minimum of five years. There should also be a resource center in major cities and towns throughout the country where young people could seek advice, certain services and connect with other established entrepreneurs.

Investment companies/angel investors and banks should also be incentivized by the government to lend to -- or invest in -- companies that young Serbs (or even other young foreigners based here) decide to establish in this country.

YOUR EXPECTATIONS FOR THE YEAR 2019

– The EU will have political pain for much of the year because of populist political parties and a general discontent by the public towards austerity measures. Most street politics will emerge. The US will continue with politics that only focus on the love/hate affairs of President Trump. In Serbia and much of the western Balkans, I foresee positive economic growth continuing at a brisk pace, despite the sometimes rollercoaster politics that most of us are getting used to. The domestic politics in the Balkans, despite the rhetoric often heard, might just remain more stable than many countries located at the core of the European Union. I can’t believe I said that….
Companies:
Clean Earth Capital Serbia
Tags:
Philip Bay
Novi Nis project
Highlights of 2018
expectations in 2018
expectations for 2019
most important event of the year
most important event of 2018
most unfavorable event of the year
most unfavorable event of 2018
public personality of the year
public personality of 2018
best move of the government
best move of the government in 2018
worst move of the government
worst move of the government in 2018
Share: