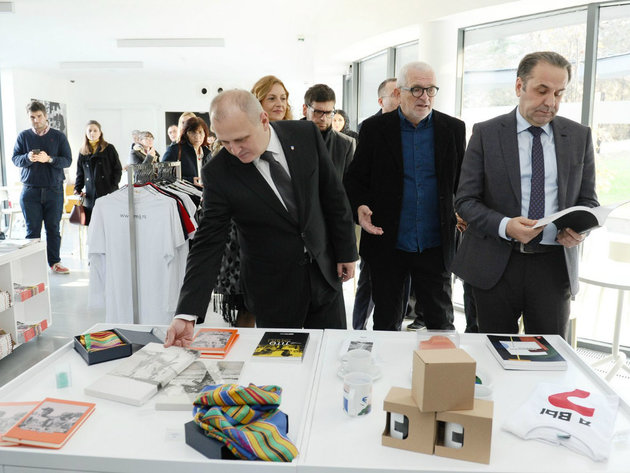 Goran Vesic and Rasim Ljajic (Photo: Beoinfo)
Minister of Trade, Tourism and Telecommunications of Serbia Rasim Ljajic opened the reconstructed and extended multi-purpose facility K25 (Kapija) within the Museum of Yugoslavia in Belgrade today. At the museum's new section, visitors will be provided with basic information, be able to buy souvenirs and drink a cup of coffee before they move on to see 75,000 items exhibited at the museum.

– The facility is relatively small, but much needed, as the Museum of Yugoslavia is visited by 120,000 tourists annually, 70% of whom are foreigners – Ljajic said.

He added that “museums are an important segment of tourism” and that Serbia had 150 underutilized museums, as well as that the reconstruction and the extension of a part of the Museum of Yugoslavia was “a good step toward increasing the number of visitors”.

The minister said that museums were some of the most visited destinations and that he believed that the number of visits to the Museum of Yugoslavia would grow to 150,000.

Deputy Mayor of Belgrade Goran Vesic said that the City of Belgrade had reconstructed and extended the K25 facility in cooperation with the Ministry of Trade, Tourism and Telecommunications.

– Most our museums are old-fashioned. Modern museums offer souvenirs, food and coffee, and that's why we plan to reconstruct all museums to feature that kind of offer – Vesic said. 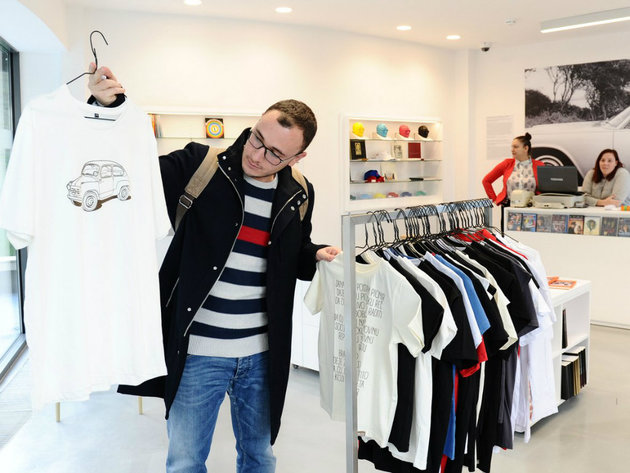 (Photo: Beoinfo)
Vesic also announced that the Museum of Nikola Tesla would be moved to the location of the first electrical power plant in Dorcol, Belgrade.

– The new Museum of Nikola Tesla will take up 10,000 square meters, feature artifacts that belonged to Mihajlo Pupin and Milutin Milankovic and the largest scientific workshop – Vesic said.

The director of the Museum of Yugoslavia, Neda Knezevic, said that the works on K25 had begun a year before and that the preparation of the project had begun in 2014.