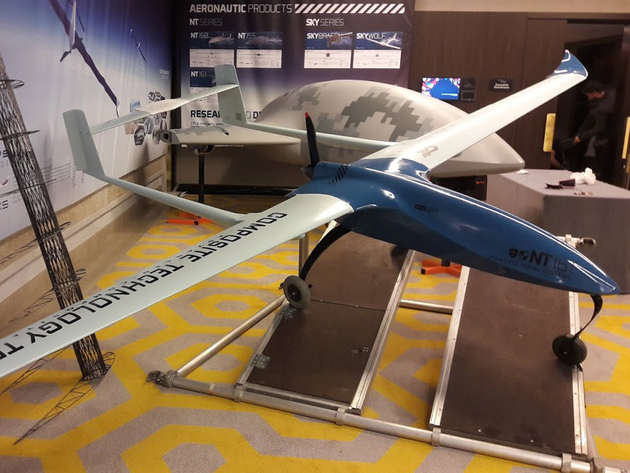 The innovative company Composite Technology Team researches and develops light structures made of composite materials in the field of aviation and produces prototypes. Looking to create a Serbian unmanned aircraft, they designed the new NT161 (Unmanned Aerial System), which has a wide range of potential applications in both the civilian and the military sector.

This October, the Innovation Fund gave the company a grant of around EUR 300,000 in order to support the project. Composite Technology invested around EUR 130,000 in the project, but, as the company says, major investments are yet to be made, as they are looking at “serious marketing and sales activities”.

Petar Matunovic, the CEO of Composite Technology Team, says for eKapija that, although they have been active in the field of UAVs as individuals since 2006, Serbia is lagging behind when it comes to the use of unmanned systems and their benefits. However, they add that the good thing is that the state is interested in these systems, namely, the Serbian Armed Forces and the Ministry of Internal Affairs.

– Over the years, our engineering team has taken part in over 10 projects related to unmanned aircraft. With our knowledge and solutions, we have created one of the strongest global companies in this field. Although the Serbian aviation industry is ruined at the moment, what's good is that the Serbian Armed Forces and the Ministry of Internal Affairs are interested in implementing the NT161 system, as confirmed by President Aleksandar Vucic and Minister of Internal Affairs Nebojsa Stefanovic in a conversation we've had with them. As a patriotic company, we are ready to offer our aircraft to the state under much more favorable conditions than those for foreign systems, in order to raise the level of the country's security, while at the same time having our system acquire valuable references for interested foreign clients – Matunovic says. 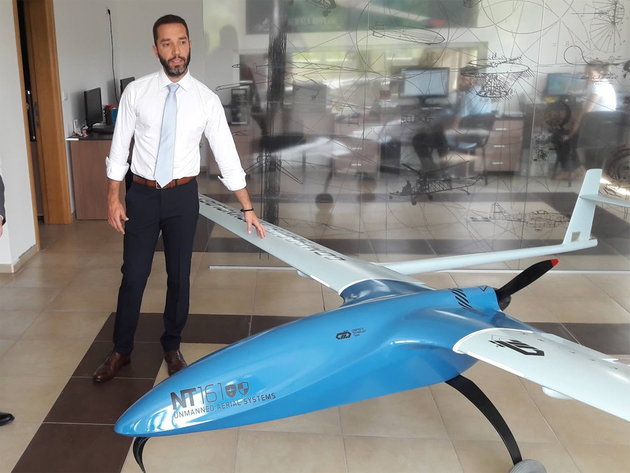 Petar Matunovic, CEO of Composite Technology Team
As he says, Serbia is a country that has a lot of problems where surveillance by an unmanned aircraft could be the solution.

– I'd like to highlight some of the major problems, such as the state border control, especially toward Kosovo and Metohija, where poaching, the smuggling of drugs and arms and illegal crossings are frequent. Then there's the control of migration routes, the control of waterways in order to prevent floods, the supervision of forests and fire fighting, the supervision of large gatherings, counter-terrorism and other activities – Matunovic points out.

Since it was founded, Composite Technology has successfully realized over 500 projects for its clients, which entailed the development of the product or the structure, from the idea to the final product. 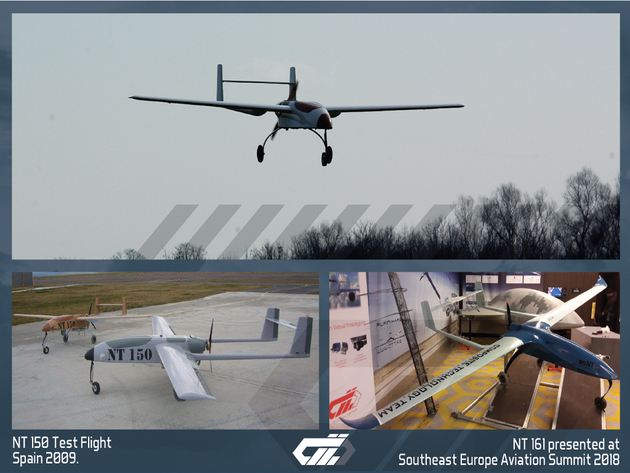 – Our task is to find engineering solutions for problems of varying complexities, primarily in the fields of aerodynamics, the firmness of the structure and the production technology. We have done projects ranging from components for the most sophisticated sports sniper rifles used by Olympic champions to designing complex unmanned helicopters for the Dutch company HighEye – Matunovic explains.

Globally, Composite Technology Team is also prominent thanks to the project of the PUPIN pseudo-satellite, named after Mihajlo Pupin, a famous Serbian scientist and inventor), which is designed for altitudes of up to 20,000 m and continuous flights for a minimum of 90 days.

As Matunovic explains, this aircraft has the potential to replace modern satellite communication and make it more efficient, quicker and, above all, cheaper.

– What's especially important is that, with this project and this level of development, we are far ahead of modern countries, and large companies from Germany, France, the Netherlands, China and Great Britain are interested in our aircraft. Projects of aircraft meant for long flights on the edge of outer space are the next big aviation revolution. We hope that the state will understand this and not miss the opportunity to become world leaders in the field of alternative satellite communications – Matunovic says.

The industry of satellite communications is growing constantly, currently amounting to RSD 120 billion a year.

The company is optimistic that Serbia could become a global leader in alternative communications by offering networked HAPS PUPIN Platforms, with the possibility of reaching a market share of at least 10%.